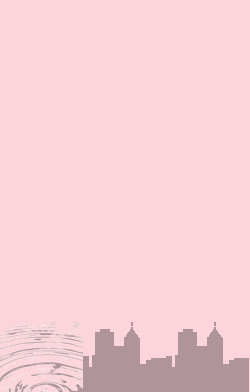 PLAY: Mallard duckling has a MOVE of 2.

FACT: Mallard ducklings can swim as soon as they hatch.


Graphic by Sara Shayan
The Mallard (/ˈmælɑrd/ or /ˈmælərd/) or Wild Duck (Anas platyrhynchos) is a dabbling duck which breeds throughout the temperateand subtropical Americas, Europe, Asia, and North Africa, and has been introduced to New Zealand and Australia. This duck belongs to the subfamily Anatinae of the waterfowl family Anatidae. The male birds (drakes) have a glossy green head and are grey on wings and belly, while the […] read more

The Mallard (/ˈmælɑrd/ or /ˈmælərd/) or Wild Duck (Anas platyrhynchos) is a dabbling duck which breeds throughout the temperateand subtropical Americas, Europe, Asia, and North Africa, and has been introduced to New Zealand and Australia. This duck belongs to the subfamily Anatinae of the waterfowl family Anatidae.

The male birds (drakes) have a glossy green head and are grey on wings and belly, while the females have mainly brown-speckled plumage. Mallards live in wetlands, eat water plants and small animals, and are gregarious. This species is the ancestor of most breeds of domestic ducks.[2]

The Mallard is a medium-sized waterfowl species although is often slightly heavier than most other dabbling ducks. It is 50–65 cm (20–26 in) long (of which the body makes up around two-thirds), has a wingspan of 81–98 cm (32–39 in),[9] and weighs 0.72–1.58 kg (1.6–3.5 lb).[10][11] The breeding male Mallard is unmistakable, with a glossy bottle-green head and white collar which demarcates the head from the purple-tinged brown breast, grey brown wings, and a pale grey belly. The rear of the male is black, with the dark tail having white borders.[13] The bill of the male is a yellowish orange tipped with black while that of the female is generally darker ranging from black to mottled orange. The female Mallard is predominantly mottled with each individual feather showing sharp contrast from buff to very dark brown, a coloration shared by most female dabbling ducks, and has buff cheeks, eyebrow, throat and neck with a darker crown and eye-stripe.[13] Both male and female Mallards have distinct iridescent purple blue speculum feathers edged with white, prominent in flight or at rest, though temporarily shed during the annual summer moult.

Upon hatching, the plumage colouring of the duckling is yellow on the underside and face (with streaks by the eyes) and black on the backside (with some yellow spots) all the way to the top and back of the head. Its legs and bill are also black. As it nears a month in age, the duckling’s plumage will start becoming drab, looking more like the female (though its plumage is more streaked) and its legs will lose their dark grey colouring.[13] Two months after hatching, the fledgling period has ended and the duckling is now a juvenile. Between three to four months of age, the juvenile can finally begin flying as its wings are fully developed for flight (which can be confirmed by the sight of purple speculum feathers). Its bill will soon lose its dark grey colouring and its sex can finally be distinguished by three factors. The bill colouring is yellow in males, black and orange for females. The breast feathers are reddish-brown for males, brown for females. The centre tail feather is curled for males (called a drake feather), straight for females.[citation needed]

During the final period of maturity leading up to adulthood (6–10 months of age), the plumage of female juveniles remains the same while the plumage of male juveniles slowly changes to its characteristic colours.[citation needed] This plumage change also applies to adult Mallard males when they transition in and out of their non-breeding eclipse plumage at the beginning and the end of the summer moulting period. The adulthood age for Mallards is 14 months and the average life expectancy is 20 years.[citation needed]

A noisy species, the male has a nasal call, and a high-pitched whistle, while the female has a deeper quack stereotypically associated with ducks.[14][15]

The Mallard is widely distributed across the Northern and Southern Hemisphere, North America from southern and central Alaska to Mexico, the Hawaiian Islands, and across Eurasia, from Iceland and southern Greenland and parts of Morocco (North Africa) in the west, Scandinavia to the north, and to Siberia, Japan, and China in the east, Australia and New Zealand in the Southern hemisphere.[9] It is strongly migratory in the northern parts of its breeding range, and winters farther south. For example, in North America it winters south to Mexico, but also regularly strays into Central America and the Caribbean between September and May.[17]

The Mallard inhabits a wide range of habitat and climates, from Arctic Tundra to subtropical regions. It is found in both fresh- and salt-water wetlands, including parks, small ponds, rivers, lakes and estuaries, as well as shallow inlets and open sea within sight of the coastline. Water depths of less than 1 metre (3.3 ft) are preferred, birds avoiding areas more than a few metres deep. They are attracted to bodies of water with aquatic vegetation.[15]

The Mallard is omnivorous and very flexible in its foods choice. Its diet may vary based on several factors, including the stage of the breeding cycle, short-term variations in available food, nutrient availability, and inter– and intraspecific competition.[18] The majority of the Mallard’s diet seems to be made up of gastropods, invertebrates (including beetles, flies, lepidopterans, dragonflies, andcaddisflies), crustaceans, worms, many varieties of seeds and plant matter, and roots and tubers. During the breeding season, male birds were recorded to have eaten 37.6% animal matter and 62.4% plant matter, most notably Echinochloa crus-galli, and nonlaying females ate 37.0% animal matter and 63.0% plant matter, while laying females ate 71.9% animal matter and only 28.1% plant matter.[19] Plants generally make up a larger part of the bird’s diet, especially during autumn migration and in the winter.[20][21]

It usually feeds by dabbling for plant food or grazing; there are reports of it eating frogs. It usually nests on a river bank, but not always near water. It is highly gregarious outside of the breeding season and forms large flocks, which are known as sords.[22]

The nesting period can be very stressful for the female since she lays more than half her body weight in eggs. She requires a lot of rest and a feeding/loafing area that is safe from predators. When seeking out a suitable nesting site, the female’s preferences are areas that are well concealed, inaccessible to ground predators, or have few predators nearby. This can include nesting sites in urban areas such as roof gardens, enclosed courtyards, and flower boxes on window ledges and balconies more than one story up, which the ducklings cannot leave safely without human intervention. The clutch is 8–13 eggs, which are incubated for 27–28 days to hatching with 50–60 days to fledgling. The ducklings are precocial and fully capable of swimming as soon as they hatch. However,filial imprinting compels them to instinctively stay near the mother not only for warmth and protection but also to learn about and remember their habitat as well as how and where to forage for food. When ducklings mature into flight-capable juveniles, they learn about and remember their traditional migratory routes (unless they are born and raised in captivity). After this, the juveniles and the mother may either part or remain together until the breeding season arrives.[citation needed]

Unlike many waterfowl, Mallards have benefited from human alterations to the world. They are very adaptable, being able to live and even thrive in urban areas which may have supported more localized, sensitive species of waterfowl before development. The release of feral Mallards in areas where they are not native sometimes creates problems through interbreeding with indigenous waterfowl. These non-migratory Mallards interbreed with indigenous wild ducks from local populations of closely related species through genetic pollution by producing fertile offspring. Complete hybridization of various species of wild ducks gene pools could result in the extinction of many indigenous waterfowl. The wild Mallard itself is the ancestor of most domestic ducks and its naturally evolved wild gene pool gets genetically polluted in turn by the domesticated and feral populations.[29][30][31]

The availability of Mallards, Mallard ducklings, and fertilized Mallard eggs for public sale and private ownership, either as livestock or as pets, is currently legal in the United States except for the state of Florida which has currently banned domestic ownership of Mallards. This is to prevent hybridisation with the native Mottled Duck.[45]