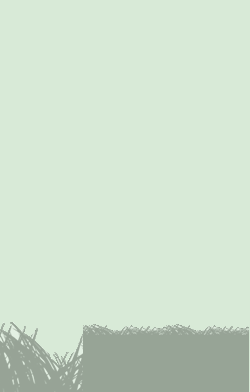 • Rhea pennata has a MOVE of 2

Darwin’s Rhea (Rhea pennata), also known as the Lesser Rhea, is a large flightless bird, but the smaller of the twoextant species of rheas. It is found in the Altiplano and Patagonia in South America.

The Lesser Rhea is mainly an herbivore, with the odd small animal (lizards, beetles, grasshoppers). It predominately eats saltbush and fruits from cacti, as well grasses.[2] They tend to be quiet birds, except as chicks when they whistle mournfully, and as males looking for a female, when they emit a booming call.[2]

The males of this species become aggressive once they are incubating eggs. The females thus lay the later eggs near the nest, rather than in it. Most of the eggs are moved into the nest by the male, but some remain outside, where they rot and attract flies. The male, and later the chicks, eat these flies. The incubation period is 30–44 days, and the clutch size is from 5–55 eggs. The eggs are 87–126 mm (3.4–5.0 in) and are greenish yellow.[2] Chicks mature by three years of age. Outside the breeding season, Darwin’s Rhea is quite sociable: it lives in groups of from 5 to 30 birds, of both sexes and a variety of ages.[2]

During the second voyage of HMS Beagle, the young naturalist Charles Darwin made many trips on land, and around August 1833 heard fromgauchos in the Río Negro area of Northern Patagonia about the existence of a smaller Rhea, “a very rare bird which they called the Avestruz Petise”. He continued searching fruitlessly for this bird, and the Beagle sailed south, putting in at Port Desire in southern Patagonia on 23 December. On the following day, Darwin shot a guanaco which provided them with a Christmas meal, and in the first days of January, the artist Conrad Martens shot a rhea which they enjoyed eating before Darwin realised that this was the elusive smaller rhea rather than a juvenile, and preserved the head, neck, legs, one wing, and many of the larger feathers. As with his other collections, these were sent to John Stevens Henslow in Cambridge. On 26 January, they entered the Straits of Magellan and at St. Gregory’s Bay Darwin met Patagonians he described as “excellent practical naturalists”. A half Indian, who had been born in the Northern Provinces, told him that the smaller rheas were the only species this far south, while the larger rheas kept to the north. On an expedition up the Santa Cruz River, they saw several of the smaller rheas, which were too wary to be approached closely or caught.[13]

In 1837, the Darwin’s Rhea was described as Rhea darwinii (later synomized with R. pennata) by the ornithologist John Gould in a presentation to the Zoological Society of London in which he was followed by Darwin reading a paper on the eggs and distribution of the two species of rheas.[14]

When Gould classified the Darwin’s Rhea and the Greater Rhea as separate species, he confirmed a serious problem for Darwin. These birds mainly live in different parts of Patagonia, but there is also an overlapping zone where the two species coexist. As every living being had been created in a fixed form, as accepted by the science of his time, they could only change their appearance by a perfect adaptation to their way of life, but would still be the same species. But now he had to deal with two different species. This started to form his idea that species were not fixed at all, but that another mechanism might be at work.[15]

Darwin’s Rhea is Near Threatened, with the primary threats being hunting, egg-collecting, and fragmentation of its habitat due to conversion to farmland or pastures for cattle-grazing.[1][2] The total range is estimated at 1,100,000 km2 (420,000 sq mi).[12] The southern nominate subspecies remains relatively widespread and locally fairly common, but the situation for the two northern subspecies is more worrying, with their combined population estimated as being in the hundreds.[1]