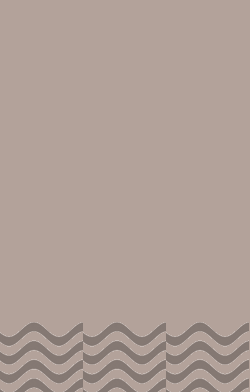 Sorry, there is no photo available. If you have one, please submit here .
Arthropoda, Merostomata, Animalia


• Limulus polyphemus has a MOVE of 2.

• Limulus polyphemus must be played next to at least one LAND TERRAIN neighbour.

Cool, Warm
Graphic by 5bodyblade5bodyblade.deviantart.com/
The Atlantic horseshoe crab (Limulus polyphemus) is a marine chelicerate arthropod. Despite its name, it is more closely related to spiders, ticks, and scorpions than to crabs.[2] Horseshoe crabs are most commonly found in the Gulf of Mexico and along the northern Atlantic coast of North America. A main area of annual migration is Delaware […] read more
Sorry, there is no photo available. If you have one, please submit here.

The Atlantic horseshoe crab (Limulus polyphemus) is a marine chelicerate arthropod. Despite its name, it is more closely related to spiders, ticks, and scorpions than to crabs.[2] Horseshoe crabs are most commonly found in the Gulf of Mexico and along the northern Atlantic coast of North America. A main area of annual migration is Delaware Bay, although stray individuals are occasionally found in Europe.[3]

The other three species in the family Limulidae are also called horseshoe crabs.[4] The Japanese horseshoe crab (Tachypleus tridentatus) is found in the Seto Inland Sea, and is considered an endangered species because of loss of habitat. Two other species occur along the east coast of India: Tachypleus gigas and Carcinoscorpius rotundicauda.[5] All four are quite similar in form and behavior.

Horseshoe crabs are typically active at night, with activity peaking around the time of the full moon. They dig for food, such as worms, algae and molluscs in the sediment (3). During the spring and summer, adults migrate in huge numbers towards sandy beaches and congregate in the shallow water (4). Breeding is associated with the lunar and tidal cycles, with most adults arriving at the full or new moon and within a couple of hours of high tide. The direction of the waves guides the females towards the beach (3). Males patrol along the bottom of the beach in the shallow water, waiting to intercept beach-bound females (4). Pairs make their way to the high tide mark and the male fertilises the eggs as they are laid into a 15 centimetres deep nest in the sand (3). From 2,000 to 20,000 eggs may be produced in a single clutch (4). Very often there may be more than one male accompanying each female; in some cases there have been as many as 14 males to one female. As the tide begins to retreat, the horseshoe crabs make their way back to the sea (3). The sticky eggs hatch after around five weeks (3), but this is dependent on temperature (4). The larvae, which are known as ‘trilobite’ larvae may remain buried in the sand in aggregations for a number of weeks (4) before emerging at high tide. After they enter the water, they undergo a ‘swimming frenzy’ of constant, vigorous activity. Six to eight days after emerging, they moult into the first juvenile stage, which is very similar in appearance to the adult stage. At this point they cease swimming and start to live on the bottom (3). Horseshoe crabs are slow-growing. Males reach sexual maturity at 9 to 11 years of age and females between 10 to 12 years. Although it is difficult to assess age in this species, the average life-span is thought to be 20 to 40 years (4). The horseshoe crab is an essential part of the ecosystem in which it occurs. Their eggs provide a valuable source of food for many species including wading birds, sea turtles, alligators and fish. Furthermore, the action of the crab as it ploughs the sea bed in search of food aerates the substrate, resulting in a higher level of species richness (2).