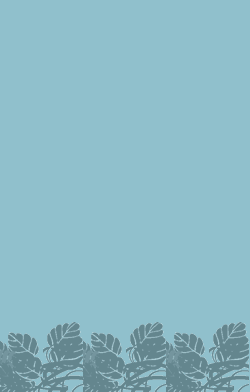 
• Paradisaea rudolphi has a FLIGHT of 2.

The Bird of Paradise flower is named after the brightly colored bird in flight.

Warm
Graphic by lightbirdlightbird.deviantart.com/
The Blue Bird-of-paradise, Paradisaea rudolphi, is a medium-sized, approximately 30 cm long, black bird-of-paradise with a bluish-whitebill, dark brown iris, grey legs, broken white eye-ring and bright blue wings. The male is adorned with violet blue and cinnamon flank plumes and two long ribbon-like tail feathers. The female has a chestnut brown below. The Blue Bird-of-paradise is endemic to Papua New Guinea. […] read more
Sorry, there is no photo available. If you have one, please submit here.

The Blue Bird-of-paradise is endemic to Papua New Guinea. It is distributed to mountain forests of southeastern New Guinea. ITISrecognizes only one subspecies, but additional subspecies margaritae and ampla have been described.

The male is polygamous and performs a breathtaking courtship display. But unlike all otherParadisaea species, he performs solitary with attending female nearby. In display, the male hangs from a branch upside down. The black oval with red margin at the centre of his chest is rhythmically enlarged and contracted. His violet blue plumes spread out in a fan, swaying its body back and forth while the central tail feathers form two impressive arches down to either side. Throughout his performance he vocalizes softly in a low but harsh vibrating voice.

Regarded by some ornithologists as the loveliest of all birds, the Blue Bird-of-paradise was discovered by Carl Hunstein in 1884. The scientific name commemorates the ill-fated Crown Prince Rudolf of Austria.

Due to ongoing habitat loss, limited range, small population size and hunting in some areas for its highly prized plumes, the rare Blue Bird-of-paradise is classified as Vulnerable on the IUCN Red List of Threatened Species. It is listed on Appendix II of CITES.

There are more than three dozen species in the family Paradisaeidae, more commonly known as the birds of paradise. Most are distinguished by striking colors and bright plumage of yellow, blue, scarlet, and green. These colors distinguish them as some of the world’s most dramatic and attractive birds. Males often sport vibrant feathered ruffs or amazingly elongated feathers, which are known as wires or streamers. Some species have enormous head plumes or other distinctive ornaments, such as breast shields or head fans.

Males put their bright colors and unusual ornaments to good use when they display for females. Their elaborate dances, poses, and other rituals accentuate their appearance and put on a phenomenal show for both female birds and any humans lucky enough to be in the vicinity. Such displays can last for hours, and in many species they consume a significant part of the male’s time.

These birds also lend their name to a colorful flower. South Africa’s bird-of-paradise (Strelitzia reginae) is a member of the banana family. It sports a beautiful flower believed to resemble the avian bird of paradise in flight.