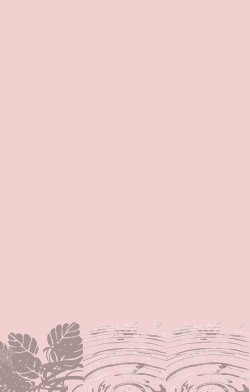 Play: Haliaeetus leucocephalus has a FLIGHT of 2 and needs to be adjacent to at least one FOREST and one WATER BASE terrain.

cold, cool, warm
Graphic by Joanna Barnumwww.joannabarnum.com/
The Bald Eagle (Haliaeetus leucocephalus) is a bird of prey found in North America. It is the national bird and symbol of the United States of America. This sea eagle has two known sub-species and forms a species pair with the White-tailed Eagle. Its range includes most of Canada and Alaska, all of the contiguous […] read more
Sorry, there is no photo available. If you have one, please submit here.

The Bald Eagle (Haliaeetus leucocephalus) is a bird of prey found in North America. It is the national bird and symbol of the United States of America. This sea eagle has two known sub-species and forms a species pair with the White-tailed Eagle. Its range includes most of Canada and Alaska, all of the contiguous United States, and northern Mexico. It is found near large bodies of open water with an abundant food supply and old-growth trees for nesting.

In the late 20th century the Bald Eagle was on the brink of extirpation in the continental United States, while flourishing in much of Alaska and Canada. Populations recovered and stabilised, so the species was removed from the U.S. federal government’s list of endangered species and transferred to the list of threatened species on July 12, 1995, and it was removed from the List of Endangered and Threatened Wildlife in the Lower 48 States on June 28, 2007.

Bald eagles are not actually bald, the name deriving from the older meaning of the word, “white headed”.

The plumage of an adult Bald Eagle is evenly brown with a white head and tail. The tail is moderately long and slightly wedge-shaped. Males and females are identical in plumage coloration, but sexual dimorphism is evident in the species in that females are 25 percent larger than males.[2] The beak, feet, and irises are bright yellow. The legs are feather-free, and the toes are short and powerful with large talons. The highly developed talon of the hind toe is used to pierce the vital areas of prey while it is held immobile by the front toes.[3] The beak is large and hooked, with a yellow cere.[4]

The plumage of the immature is brown, speckled with white until the fifth (rarely fourth, very rarely third) year, when it reaches sexual maturity.[2][3] Immature Bald Eagles are distinguishable from the Golden Eagle in that the former has a more protruding head with a larger beak, straighter edged wings which are held flat (not slightly raised) and with a stiffer wing beat, and feathers which do not completely cover the legs.[5] The Bald Eagle is a large bird, with a body length of 70–102 centimeters (28–40 in), a wingspan of between 1.68 m (66 in) and 2.44 m (96 in), and a mass of 2.5–7 kilograms (5.5–15 lb); females are about 25 percent larger than males, adult females averaging 5.8 kilograms (13 lb) and males averaging 4.1 kilograms (9.0 lb).[2][6][7] The size of the bird varies by location; the smallest specimens are those from Florida, where an adult male may barely exceed 2.3 kilograms (5.1 lb) and a wingspan of 1.8 m (5.9 ft). The largest are Alaskan birds, where large females may exceed 7.5 kilograms (17 lb) and have a wingspan of over 2.4 m (7.9 ft).[4]

Its diet consists mainly of fish, but it is an opportunistic feeder. It hunts fish by swooping down and snatching the fish out of the water with its talons. It is sexually mature at four years or five years of age. In the wild, Bald Eagles can live up to thirty years, and often survive longer in captivity.[8] The Bald Eagle builds the largest nest of any North American bird, up to 4 meters (13 ft) deep, 2.5 meters (8.2 ft) wide, and one metric ton (1.1 tons) in weight.[2]

The call consists of weak chirping whistles, harsher and more shrill from young birds than adults.[5]

The average lifespan of Bald Eagles in the wild is around 20 years, with the oldest living to be about 30. In captivity, they often live somewhat longer. In one instance, a captive individual in New York lived for nearly 50 years. As with size, the average lifespan of an eagle population appears to be influenced by its location.[8]

Bald eagles are only partially migratory; if they possess access to open water, they will remain at that nesting sight year round. Those that do not have access to water leave the frozen countryside in the winter and migrate to south or to the coast. Eagles choose their migratory routes to take advantage of thermals, updrafts, and food sources, and usually migrate during the day between 8:00 A.M and 6:00 P.M.

There are three methods of flight used during migration. Eagles ascend in in a thermal and then glide down, circle steadily down a stream of thermals, or use rising air generated by the wind as it sweeps down against a cliff or other raised feature of the terrain.