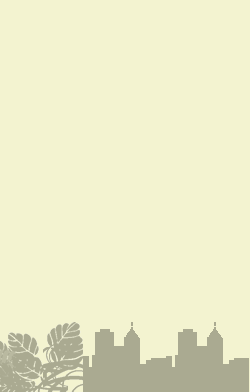 Play: Cyanocitta cristata has a FLIGHT of 2

Cool, Warm
Graphic by Jessica Dixonwww.etsy.com/shop/Corvid337
Photo by Mdfen.wikipedia.org/wiki/File:Cyanocitta-cristata-004.jpg
The Blue Jay (Cyanocitta cristata) is a passerine bird in the family Corvidae, native to North America. It is resident through most of eastern and central United States and southern Canada, although western populations may be migratory. It breeds in bothdeciduous and coniferous forests, and is common near and in residential areas. It is predominately blue with a white chest […] read more

The Blue Jay (Cyanocitta cristata) is a passerine bird in the family Corvidae, native to North America. It is resident through most of eastern and central United States and southern Canada, although western populations may be migratory. It breeds in bothdeciduous and coniferous forests, and is common near and in residential areas. It is predominately blue with a white chest and underparts, and a blue crest. It has a black, U-shaped collar around its neck and a black border behind the crest. Sexes are similar in size and plumage, and plumage does not vary throughout the year. Four subspecies of the Blue Jay are recognized.

The Blue Jay mainly feeds on nuts and seeds such as acorns, soft fruits, arthropods, and occasionally small vertebrates. It typicallygleans food from trees, shrubs, and the ground, though it sometimes hawks insects from the air. It builds an open cup nest in the branches of a tree, which both sexes participate in constructing. The clutch can contain two to seven eggs, which are blueish or light brown with brown spots. Young are altricial, and are brooded by the female for 8–12 days after hatching. They may remain with their parents for one to two months.

The bird’s name derives from its noisy, garrulous nature,[2] and it sometimes also called a “jaybird”.[3]

Its plumage is lavender-blue to mid-blue in the crest, back, wings, and tail, and its face is white. The underside is off-white and the neck is collared with black which extends to the sides of the head. The wing primaries and tail are strongly barred with black, sky-blue and white. The bill, legs, and eyes are all black. Males and females are nearly identical.[7][5]

As with most other blue-hued birds, the Blue Jay’s coloration is not derived from pigments but is the result of light interference due to the internal structure of the feathers;[8] if a blue feather is crushed, the blue disappears as the structure is destroyed.[4] This is referred to as structural coloration.

The Blue Jay occurs from southern Canada through the eastern and central USA south to Florida and northeastern Texas. The western edge of the range stops where the arid pine forest and scrub habitat of the closely related Steller’s jay (C. stelleri) begins. Recently, the range of the Blue Jay has extended northwestwards so that it is now a rare but regularly seen winter visitor along the northern US and southern Canadian Pacific Coast.[4] As the two species’ ranges now overlap, C. cristata may sometimes hybridize with Steller’s jay.[9]

The northernmost subspecies C. c. bromia is migratory, subject to necessity. It may withdraw several hundred kilometers south in the northernmost parts of its range. Thousands of Blue Jays have been observed to migrate in flocks along the Great Lakes and Atlantic coasts. It migrates during the daytime, in loose flocks of 5 to 250 birds. Much about their migratory behavior remains a mystery. Some are present throughout winter in all parts of their range. Young jays may be more likely to migrate than adults, but many adults also migrate. Some individual jays migrate south one year, stay north the next winter, and then migrate south again the next year. To date, no one has concretely worked out why they migrate when they do. Likely, it is related to weather conditions and how plentiful are the winter food sources, which can lead even northern birds to not necessarily move south.[10]

The Blue Jay occupies a variety of habitats within its large range, from the pine woods of Florida to the spruce–fir forests of northern Ontario. It is less abundant in denser forests, preferring mixed woodlands with oaks and beeches.[6] It has expertly adapted to human activity, occurring in parks and residential areas, and can adapt to wholesaledeforestation with relative ease if human activity creates other means for the jays to get by.[11]