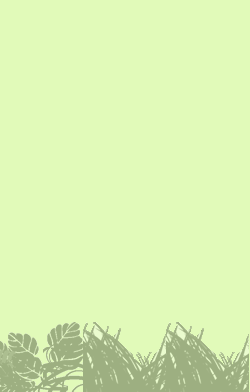 Play: Archilochus colubris has a FLIGHT of 2.

Fact: the ruby-throated hummingbird can beat its wings 55 times per second.

Cool, Warm
Graphic by Silverfox5213poke-a-doodle-doo.tumblr.com/
Photo by Joe Schneiden.wikipedia.org/wiki/File:Archilochus_colubris_(Male).jpg
The Ruby-Throated Hummingbird (Archilochus colubris) is a small hummingbird. It is the only species of hummingbird that regularly nests east of the Mississippi River in North America. The RubyThroated Hummingbird is 7–9 cm (2.8–3.5 in) long and has a 8–11 cm (3.1–4.3 in) wingspan. Weight can range from 2 to 6 g (0.071 to 0.21 oz), with males averaging 3.4 g (0.12 oz) against the […] read more

The Ruby-Throated Hummingbird (Archilochus colubris) is a small hummingbird. It is the only species of hummingbird that regularly nests east of the Mississippi River in North America.

The species is sexually dimorphic.[7] The adult male, shown in the photo, has a ruby red throat patch, also known as a gorgetwhich may appear black in some lighting, and a dark forked tail. The female has a dark rounded tail with white tips and generally no throat patch, though she may sometimes have a light or whitish throat patch. The male is smaller than the female, and has a slightly shorter beak. A molt of feathers occurs once a year, and begins during the autumn migration.

The breeding habitat is throughout most of eastern North America and the Canadian prairies, in deciduous and pine forests and forest edges, orchards, and gardens. The female builds a nest in a protected location in a shrub or a tree. Of all North Americanhummingbirds, this species has the largest breeding range.[5]

The Ruby-Throated Hummingbird is migratory, spending most of the winter in southern Mexico, Central America as far south asSouth America, and the West Indies. It breeds throughout the eastern United States, east of the 100th meridian, and in southern Canada in eastern and mixed deciduous forest.[8] In winter, it is seen mostly in Mexico.

Hummingbirds have many skeletal and flight muscle adaptations which allow the bird great agility in flight. Muscles make up 25-30% of their body weight, and they have long, blade-like wings that, unlike the wings of other birds, connect to the body only from the shoulder joint. This adaptation allows the wing to rotate almost 180°, enabling the bird to fly not only forward but fly backwards, and to hover in front of flowers as it feeds on nectar, or hovers mid-air to catch tiny insects. Hummingbirds are the only known birds that can fly backwards.

During hovering, (and likely other modes of flight) ruby-throated hummingbird wings beat 55 times per second.