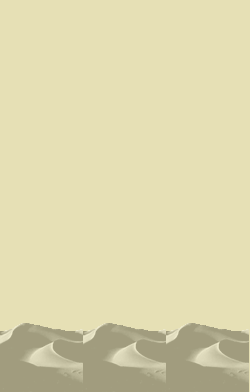 Warm, Hot
Graphic by Jacqueline Raejacquelinerae.deviantart.com
Photo by Bernard Gagnoncommons.wikimedia.org/wiki/File:Campylorhynchus_brunneicapillus_02.jpg
The Cactus Wren (Campylorhynchus brunneicapillus) is the largest North American wren, and is 18–23 cm (7-9 inches) long. Unlike the smaller wrens, the Cactus Wren is easily seen. It has the loud voice characteristic of wrens. The Cactus Wren is much less shy than most of the family. Its marked white eyestripe, brown head, barred wings and tail, and […] read more

The Cactus Wren (Campylorhynchus brunneicapillus) is the largest North American wren, and is 18–23 cm (7-9 inches) long.

Unlike the smaller wrens, the Cactus Wren is easily seen. It has the loud voice characteristic of wrens. The Cactus Wren is much less shy than most of the family. Its marked white eyestripe, brown head, barred wings and tail, and spotted tail feathers make it easy to identify. Like most birds in its genus, it has a slightly curved bill. There is little sexual dimorphism. The Cactus Wren primarily eats insects, including ants, beetles, grasshoppers, and wasps. Occasionally, it will take seeds and fruits. Foraging begins late in the morning and is versatile; the cactus wren will search under leaves and ground litter and overturn objects in search of insects, as well as feeding in the foliage and branches of larger vegetation. Increasing temperatures cause a shift in foraging behavior to shady and cooler microclimates, and activity slows during hot afternoon temperatures. Almost all water is obtained from food, and free-standing water is rarely used even when found (Udvardy 1994; Ricklefs 1968; McCarthey 2000).

The Cactus Wren is native to the south-western United States southwards to central Mexico. It is a bird of arid regions, and is often found around yucca, mesquite or saguaro; it nests in cactus plants, sometimes in a hole in a saguaro, sometimes where its nest will be protected by the prickly cactus spines of a cholla or leaves of a yucca. It mainly eats insects, though it will occasionally take seeds orfruits. It rarely drinks water, getting its moisture from its food.

The Cactus Wren forms permanent pair bonds, and the pairs defend a territory where they live all through the year.

Campylorhynchus brunneicapillus, the largest wren in the United States, is 7-9 inches (17.8-22.9 cm) long. Sexes are similar, characterized by a long, slightly decurved bill, dark crown with a distinctive white stripe over the eye, white throat, gray-brown back streaked with white and black, and white to buff belly and sides, densely spotted at the breast. The wings and tail feathers are mostly black with white barring and the legs are dark. Juveniles resemble adults, but have fewer, lighter chest spots and a shorter tail (Anderson 1973; Udvardy 1994; McCarthey 2000; Gough 1998).

The Cactus Wren is an active and inquisitive bird, behaviorally well adapted to arid desert climates. Heat stress, due to limited water and the high evaporation characteristic of their environment, is prevented by daily and seasonal shifts in foraging behavior according to temperature; they will move to cooler, shady microclimates and decrease activity during the hottest part of the day. Flight is primarily low over the ground.

The use of thorny trees and shrubs for nesting sites helps defend against predators. However, some predators, especially whipsnakes (Masticophisspp.), do prey on eggs and nestlings. Territories are aggressively defended by the male throughout the breeding season. Nests-destroying behavior was observed by Simons and Simons (1990) when they would place foreign nests inside the territory of a wren, even on non-nesting substrate. This probably represents competition for food and predator-free space. The male Cactus Wren, like other wrens, will often build six or more secondary nests within its territory that can be abandoned at any stage. The female will choose the “cosiest” nest for additional broods, while others are often used purely for roosting purposes.