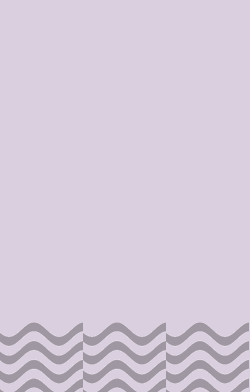 Enteroctopus dofleini is the largest species of octopus in the world.

Cool, Warm
Graphic by Coral Cargillbluecnidaria.deviantart.com/
Photo by Bachrach44commons.wikimedia.org/wiki/File:Enteroctopus_dofleini_in_aquarium.jpg
The North Pacific Giant Octopus (Enteroctopus dofleini) is a large cephalopod belonging to the genus Enteroctopus. It can be found in the coastal North Pacific, usually at a depth of around 65 meters (215 ft). It can, however, live in much shallower or much deeper waters. It is arguably the largest octopus species, based on a scientific record of a […] read more

The North Pacific Giant Octopus (Enteroctopus dofleini) is a large cephalopod belonging to the genus Enteroctopus. It can be found in the coastal North Pacific, usually at a depth of around 65 meters (215 ft). It can, however, live in much shallower or much deeper waters. It is arguably the largest octopus species, based on a scientific record of a 71 kg (156.5 lb) individual weighed live.[1] The alternative contender is the Seven-arm Octopus based on a 61 kg (134 lb) carcass estimated to have a live mass of 75 kg (165 lb).[2][3] However, there are a number of questionable size records that would suggest E. dofleini is the largest of all octopus species by a considerable margin.[4]

The North Pacific Giant Octopus, or the Giant Pacific Octopus, are distinguished from other species by their sheer size. Adults usually weigh around 15 kg (33 lb), with an arm span of up to 4.3 m (14 ft).[5] However, there are highly questionable records of specimens up to 272 kg (600 lb) in weight with a 9 m (30 ft) arm span.[6] The mantle of the octopus is spherical in shape and contains most of the animal’s major organs. The skin of the octopus is somewhat smooth and by contracting or expanding tiny pigments, known as chromatophores, in its cells an octopus can change the color of its skin, giving it the ability to blend into the environment.

The North Pacific Giant Octopus is considered to be short-lived for an animal its size, with life spans that average only 3-5 years in the wild. To make up for its relatively short life span, the octopus is extremely prolific. It can lay up to 100,000 eggs which are intensively cared for by the females who die protecting the eggs. Hatchlings are about the size of a grain of rice, and only a very few survive to adulthood.

During reproduction, the male octopus deposits a spermatophore (or sperm packet) more than 1 meter long. Large spermatophores are characteristic of octopuses in this genus.[4]

Octopus dofleini mate when the male introduces his out-stretched hectocotylus into the female’s mantle cavity, into which he ejects spermatophores. The hectocotylus is a male arm specialized for spermatophore transfer to the female. The spermatophore are deposited at the opening of the oviduct, and the spermatozoa are then stored in the female’s oviducal glands. A female can lay 18,000 to 100,000 eggs. Eggs are placed in nests on rocks or sandy bottoms at depths less than 50 meters. Reproduction takes place during the autumn, in-shore at a depth of up to about 100 meters. Octopus dofleini usually mate only once. After mating, the males move into deep water and die. The females die after hatching their eggs.

The young, planktonic hatchlings, are “neustonic feeders” (feeding on dead food). They capture krill by seizing it with their arms. By 43 days, young Octopus dofleini dart towards their food like squids. Adults feed on crustaceans, mollusks, flatfishes, redfish and sculpins.