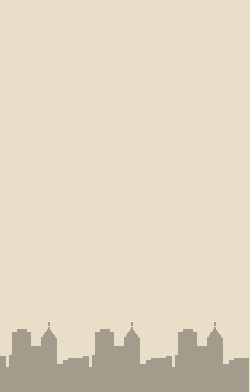 • Corvus corone has a FLIGHT of 2.

• Corvus corone is among the most intelligent of all animals.

Cool, Warm
Graphic by Mark Sosbemarksosbe.deviantart.com/
Photo by Dan Davisonwww.flickr.com/people/dannyboymalinga/
The Carrion Crow (Corvus corone) is a member of the passerine order of birds and the crow family which is native to western Europe and eastern Asia. The plumage of Carrion Crow is black with a green or purple sheen, much greener than the gloss of the Rook. The bill, legs and feet are also […] read more

The Carrion Crow (Corvus corone) is a member of the passerine order of birds and the crow family which is native to western Europe and eastern Asia.

The plumage of Carrion Crow is black with a green or purple sheen, much greener than the gloss of the Rook. The bill, legs and feet are also black. It can be distinguished from the Common Raven by its size (48–52 cm or 18 to 21 inches in length) and from the Hooded Crow by its black plumage, but there is frequent confusion between it and the Rook. The beak of the Crow is stouter and in consequence looks shorter, and whereas in the adult Rook the nostrils are bare, those of the Crow are covered at all ages with bristle-like feathers.

The Carrion Crow is noisy, perching on the top of a tree and calling three or four times in quick succession, with a slight pause between each series of croaks. The wing-beats are slower, more deliberate than those of the Rook.[citation needed]


Like all Corvids, Carrion Crows are highly intelligent, and are among the most intelligent of all animals.[7]

Though an eater of carrion of all kinds, the Carrion Crow will eat insects, worms, grain, small mammals, and scraps and will also steal eggs. Crows are scavengers by nature, which is why they tend to frequent sites inhabited by humans in order to feed on their household waste. Crows will also harass birds of prey or even foxes for their kills. Crows actively hunt and occasionally co-operate with other crows to make kills.

Crows have become highly skilled at adapting to urban environments. In a Japanese city, carrion crows have discovered how to eat nuts that they usually find too hard to tackle. One method is to drop the nuts from height on to a hard road in the hope of cracking it. Some nuts are particularly tough, so the crows drop the nuts among the traffic. That leaves the problem of eating the bits without getting run over, so some birds wait by pedestrian crossings and collect the cracked nuts when the lights turn red.[8]

The bulky stick nest is usually placed in a tall tree, but cliff ledges, old buildings and pylons may be used as well. Nests are also occasionally placed on or near the ground. The nest resembles that of the Common Raven, but is less bulky. The four to six brown-speckled blue or greenish eggs are incubated for 17–19 days by the female alone, who is fed by the male. The young fledge after 32–36 days.[citation needed]

It is not uncommon for an offspring from the previous years to stay around and help rear the new hatchlings.[citation needed] Instead of seeking out a mate, it looks for food and assists the parents in feeding the young.[citation needed]

Carrion crows have a broad diet, including carcasses, eggs, insects, small vertebrates, molluscs, and even vegetables and grains in winter. They bury food for later consumption, and occasionally drop certain food items with hard shells, such as crabs and nuts, from a height in order to obtain the food inside. This crow starts to breed at three years of age. Pairs, once formed, last for life. Courtship involves mutual preening, and a rapid head-bowing display by the male. Breeding pairs are very territorial, and create solitary nests in trees, bushes or on cliffs. The nest consists of thick branches and twigs intertwined with pegs, rags, paper, bones and other odd objects, held together with mud and dung and lined with wool, hair and grass. Four to five bluish-green, speckled eggs are laid in April, and are incubated by the female for up to 20 days. During this time, the male brings food to his mate on the nest. In the early part of their life, chicks are fed on regurgitated food by the female. Both parents then provision them with worms and maggots, progressing to various types of meat at a later stage. The young will have usually fledged after 35 days, but stay close to their parents for some time. In winter large communal roosts of carrion crows can occur. This species displays behaviour known as ‘anting’; individuals allow ants to crawl over their body, adopting unusual prone postures. They are also known to have a strange interest with fire, and have been seen carrying burning material to the nest, and then displaying unusual behaviour.