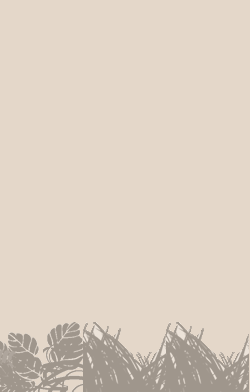 • Luscinia megarhynchos has a FLIGHT of 2.

• Luscinia megarhynchos migrates to the tropics of northern and central Africa in winter.

Cool, Warm
Graphic by Mark Sosbemarksosbe.deviantart.com/
Photo by Yvanwww.flickr.com/people/29219686@N07/
The Nightingale (Luscinia megarhynchos), also known as Rufous and Common Nightingale, is a small passerine bird that was formerly classed as a member of the thrush family Turdidae, but is now more generally considered to be an Old World flycatcher, Muscicapidae. It belongs to a group of more terrestrial species, often called chats. Nightingales are […] read more

The Nightingale (Luscinia megarhynchos), also known as Rufous and Common Nightingale, is a small passerine bird that was formerly classed as a member of the thrush family Turdidae, but is now more generally considered to be an Old World flycatcher, Muscicapidae. It belongs to a group of more terrestrial species, often called chats.

Nightingales are named so because they frequently sing at night as well as during the day. The name has been used for well over 1,000 years, being highly recognizable even in its Anglo-Saxon form – ‘nihtingale’. It means ‘night songstress’. Early writers assumed the female sang when it is in fact the male. The song is loud, with an impressive range of whistles, trills and gurgles. Its song is particularly noticeable at night because few other birds are singing. This is why its name includes “night” in several languages. Only unpaired males sing regularly at night, and nocturnal song is likely to serve attracting a mate. Singing at dawn, during the hour before sunrise, is assumed to be important in defending the bird’s territory. Nightingales sing even more loudly in urban or near-urban environments, in order to overcome the background noise. The most characteristic feature of the song is a loud whistling crescendo, absent from the song of Thrush Nightingale. It has a frog-like alarm call.


The nightingale is slightly larger than the European Robin, at 15–16.5 cm (5.9–6.5 in) length. It is plain brown above except for the reddish tail. It is buff to white below. Sexes are similar. The eastern subspecies L. m. hafizi and L. m. africana have paler upperparts and a stronger face-pattern, including a pale supercilium.

The Nightingale has also been used as a symbol of poets or their poetry.[6] Poets chose the nightingale as a symbol because of its creative and seemingly spontaneous song.

Common nightingales are rather plain in appearance compared to their remarkable singing abilities. They are slightly larger than European robins and their body is brown in color except on the underside, where the feathers become lighter. They have broad, chestnut colored tails, and large, black eyes which are adorned with a white ring around each eye. Males and females are similar in appearance, except that males tend to be slightly larger, with larger wingspans. However, females sometimes weigh more because males have higher metabolic rates due to their tendency to sing.

Common nightingales typically prefer habitats with mild to warm climates. They can be found in areas with dense, low thicket growth or woodlands with young trees and bare ground underneath. They prefer habitats with coppiced tree species, and are most often found in hazel trees. This is ideal for Luscinia megarhynchos because it provides a good hiding place from predators while allowing them to search for food and make nests safely. Due to the recent decline in the population of common nightingales in England, researchers have investigated whether a cutback of suitable habitats may have caused the decline. Various factors, including climate change, changes in the quality of habitats, the introduction of Reeve’s muntjacs (Muntiacus reevesi), and the re-introduction of roe deer (Capreolus capreolus) have all contributed to population declines in Britain.

Common nightingales are primarily insectivores, preying on insects such as beetles, ants, worms, and spiders found on the ground. They also eat insect larvae. In the autumn common nightingales sometimes eat berries and other fruits.