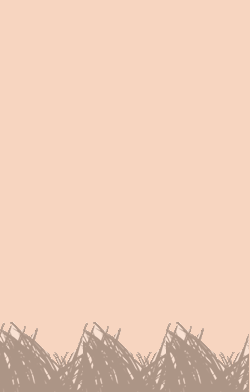 • Fringilla coelebs has a FLIGHT of 2.

• Fringilla coelebs is one of the best-known and most common of all British birds.

The Chaffinch (Fringilla coelebs), also called by a wide variety of other names, is a small passerine bird in the finch family Fringillidae.

The Chaffinch’s large double white wing bars, white tail edges and greenish rump easily identify this 14–16 cm long species. The breeding male is unmistakable, with his reddish underparts and a blue-grey cap. The female is drabber and greener, but still obvious.

The name chaffinch comes from Old English ceaffinc, literally “chaff finch“, and is the source of the nickname chaffy or chaffie.[3][4][5] The bird is so named for its tendency to peck the grain left out in farmyards,[6] a habit which has also garnered it the names wheatbird and wheatsel-bird or wheatsel bird (from “wheatsel”, a rare word meaning wheat drilling), the latter used primarily of male chaffinches (or “cock-chaffinches”).[7][8][9] The names scobby, cobby, scoppy, and scop refer to this pecking (“scop” is a Cumbrian word meaning to hit).[10][11][12][13]

The chaffinch’s appearance has given rise to the names whitewing, white finch, copper finch, flecky flocker, pied finch, and robinet (“little robin“).[13][14][15][16][17] The name shellapple or shillapple (also spelled sheldapple, sheldafle, or archaically sheldaple) is from “sheld”, a rare word meaning variegated, and “dapple”.[18][19][20][21] This name also appears in the metathetic forms apple-sheeler, its corruption upper shealer, and apple bird.[5][22] The dialectal names shelly, skelly, sheely, shiltie, shilfer, shilfa, sheelfa, and shulfie are derived from these.[4][5][12][22][23][24]

Spink and the less common names pink, pinkie, and pinkety are of the same Proto-Indo-European origin as finch (confer Greek spiza, chaffinch, and French pinson, finch), and are possibly imitative of the bird’s song.[5][12][23][25][26][27] This unique call has inspired the names twink, tweet, weet-weet, chink chink, chink chaffey, and pink twink.[5][28][29][30] Popular belief holds that the chaffinch’s song foretells rain, leading to the name wetbird.[31]

This bird is widespread and very familiar throughout Europe. It is the most common finch in western Europe, and the second most common bird in the British Isles. Its range extends into western Asia, northwestern Africa, and Macaronesia, where it has many distinctive island forms. In the Canary Islands of Tenerife and Gran Canaria, the Chaffinch has colonised twice, giving rise to the endemic species known as the Blue Chaffinch and a distinctive subspecies. In each of the Azores, in Madeira, and in the rest of the Canaries there is a single species on each island.

It was introduced from Britain into a number of its overseas territories in the 18th and 19th centuries. In New Zealand it is a common species. In South Africa a very small breeding colony in the suburbs of Constantia, Hout Bay and Camps Bay near Cape Town is the only remnant of one such introduction.

It uses a range of habitats, but open woodland is favoured, although it is common in gardens and on farmland.

This bird is not migratory in the milder parts of its range, but vacates the colder regions in winter. The coelebs part of its name means “bachelor”. This species was named by Linnaeus; in his home country of Sweden, where the females depart in winter, but the males often remain.[34] This species forms loose flocks outside the breeding season, sometimes mixed with Bramblings. This bird occasionally strays to eastern North America, although some sightings may be escapees.

It builds its nest in a tree fork, and decorates the exterior with moss or lichen to make it less conspicuous. It lays about six eggs, which are greenish-blue with purple speckling.[35]

The main food of the chaffinch is seeds, but unlike most finches, the young are fed extensively on insects, and adults also eat insects in the breeding season.[35]

The acquisition by the young chaffinch of its song was the subject of an influential study by British ethologist William Thorpe. Thorpe determined that if the chaffinch is not exposed to the adult male’s song during a certain critical period after hatching, it will never properly learn the song.[citation needed] He also found that in adult chaffinches, castration eliminates song, but injection of testosterone induces such birds to sing even in November, when they are normally silent.[36][37]

Chaffinches feed on seeds, particularly of cereals or weeds, taken from the ground, in summer they may also take invertebrates from the ground or in the air. In winter, native birds tend to feed in small groups near hedges or in woodlands and roost singly or in pairs, whereas migrants from mainland Europe occur in large flocks in fields and roost communally.  During the breeding season, the male performs a courtship display, showing off his bright breeding plumage. The female builds the nest, typically in the fork of a tree and camouflages it with lichen and moss. The female incubates the eggs alone for 11-14 days. One brood of around 4 eggs is produced each year. The young chaffinches will have fully fledged 13-14 days after hatching from the egg, and the maximum known lifespan of this species is 14 years.
The chaffinch is one of the best-known and most common of all British birds. Both sexes can be easily identified in flight when they reveal double white flashes on the wings and white tail-sides. In summer the males have colourful plumage, with a rosy-red breast and cheeks and a bluish-grey crown and nape of the neck. These colours fade somewhat in winter. Adult females and juveniles have a buff or greyish coloured breast and greyish-green upperparts. Chaffinches produce a variety of calls, including a loud, clear pink call when perched. The musical rattling song is also loud.
(From EOL, 29 August 2011)
Selected Cards