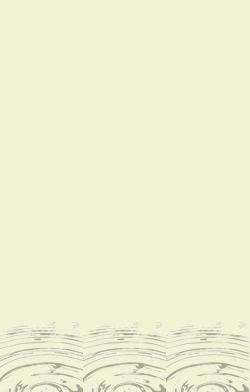 • Hydra vulgaris can regenerate, does not age, and is considered to be biologically immortal.

Cool, Warm
Graphic by Yukiko Fujiwarawww.cdb.riken.go.jp/en/05_development/0506_piccard05.html
Photo by Przemysław Malkowskiwww.akwarium.net.pl/port/
Hydra vulgaris is a small (12mm) freshwater hydroid. The hydra have 4 to 12 tentacles that protrude from just outside the mouth. They feed by extending their tentacles and waiting for food to touch the tentacles. They then bring the food to their mouth, ingest and digest the organism. Anything that cannot be digested is […] read more

The hydra have 4 to 12 tentacles that protrude from just outside the mouth.

They feed by extending their tentacles and waiting for food to touch the tentacles. They then bring the food to their mouth, ingest and digest the organism. Anything that cannot be digested is egested. Ingestion and egestion occur through the mouth.

H. vulgaris is often used, like many hydra, as a model organism for morphallactic regeneration because they are easy to care for, requiring minimal direct care, and reproduce relatively quickly. Besides, they do not undergo Senescence, making them biologically immortal.[1] They don’t die from getting old; they die from sickness or being eaten.

When hydra reproduce sexually, simple testes, ovaries, or both will develop on the bodies of an individual. Sperm released into the environment by the testes enters the egg within the ovary. The egg forms a chitinous exoskeleton and waits for favorable conditions before the organism will emerge.

Budding occurs when conditions are favorable; proper water temperature and enough food are the major factors. A miniature adult hydra will grow out of the body of the parent hydra, once fully developed it will separate from the parent and continue the life cycle. Hydras use this kind of reproduction more often because it is easier and will create more hydras than other methods.

The third method of reproduction is more of a survival mechanism than a reproduction mechanism, however it propagates the species. When a hydra is cut into segments, each segment, if large enough, will grow into an individual hydra sized relative to the size of the segment. This happens in other animals like the starfish.

Hydra (English pronunciation: /ˈhaɪdrə/) is a genus of simple fresh-water animal possessing radial symmetry. Hydras are predatory animals belonging to the phylum Cnidaria and the class Hydrozoa.[1][2] They can be found in most unpolluted fresh-water ponds, lakes, and streams in the temperate and tropical regions and can be found by gently sweeping a collecting net through weedy areas. They are usually a few millimetres long and are best studied with a microscope. Biologists are especially interested in hydras due to their regenerative ability; and that they appear not to age or die of old age. However, presently, there is no scientific consensus on whether Hydra undergo senescence.

Hydras mainly feed on small aquatic invertebrates such as Daphnia and Cyclops.

When feeding, hydras extend their body to maximum length and then slowly extend their tentacles. Despite their simple construction, the tentacles of hydras are extraordinarily extensible and can be four to five times the length of the body. Once fully extended, the tentacles are slowly manoeuvred around waiting for contact with a suitable prey animal. Upon contact, nematocysts on the tentacle fire into the prey, and the tentacle itself coils around the prey. Within 30 seconds, most of the remaining tentacles will have already joined in the attack to subdue the struggling prey. Within two minutes, the tentacles will have surrounded the prey and moved it into the opened mouth aperture. Within ten minutes, the prey will have been enclosed within the body cavity, and digestion will have started. The hydra is able to stretch its body wall considerably in order to digest prey more than twice its size. After two or three days, the indigestible remains of the prey will be discharged by contractions through the mouth aperture.

The feeding behaviour of the hydra demonstrates the sophistication of what appears to be a simple nervous system.