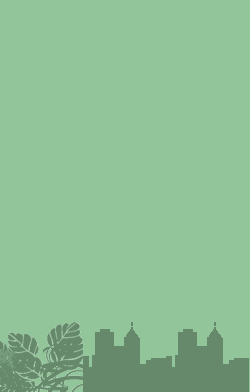 
• Taraxacum officinale has a SPREAD of 1, and requires a POLLINATOR.

Cool, Warm
Graphic by Karissa Sartellwww.redbubble.com/people/karissasartell
Taraxacum officinale, the Common Dandelion (often simply called “dandelion“), is a herbaceous perennial plant of the family Asteraceae(Compositae). It can be found growing in temperate regions of the world, in lawns, on roadsides, on disturbed banks and shores of water ways, and other areas with moist soils. T. officinale is considered a weedy species, especially in lawns and along roadsides, […] read more
Sorry, there is no photo available. If you have one, please submit here.

Taraxacum officinale, the Common Dandelion (often simply called “dandelion“), is a herbaceous perennial plant of the family Asteraceae(Compositae). It can be found growing in temperate regions of the world, in lawns, on roadsides, on disturbed banks and shores of water ways, and other areas with moist soils. T. officinale is considered a weedy species, especially in lawns and along roadsides, but it is sometimes used as a medical herb and in food preparation. As a nearly cosmopolitan weed, Dandelion is best known for its yellow flower heads that turn into round balls of silver tufted fruits that blow away on the wind.

Taraxacum officinale grows from generally unbranched taproots and produces one to more than ten stems that are typically 5 to 40 cm tall but sometimes up to 70 cm tall. The stems can be tinted purplish, they are upright or lax, and produce flower heads that are held as tall or taller than the foliage. The foliage is upright growing or horizontally orientated, with leaves having narrowly winged petioles or being unwinged. The stems can be glabrous or are sparsely covered with short hairs. The 5–45 cm long and 1–10 cm wide leaves are oblanceolate, oblong, or obovate in shape with the bases gradually narrowing to the petiole. The leaf margins are typically shallowly lobed to deeply lobed and often lacerate or toothed with sharp or dull teeth. The calyculi (the cup like bracts that hold the florets) is composed of 12 to 18 segments: each segment is reflexed and sometimes glaucous. The lanceolate shaped bractlets are in 2 series with the apices acuminate in shape. The 14 to 25 mm wide involucres are green to dark green or brownish green with the tips dark gray or purplish. The florets number 40 to over 100 per head, having corollas that are yellow or orange-yellow in color. The fruits, which are called cypselae, range in color from olive-green or olive-brown to straw-colored to grayish, they are oblanceoloid in shape and 2 to 3 mm long with slender beaks. The fruits have 4 to 12 ribs that have sharp edges. The silky pappi, which form the parachutes, are white to silver-white in color and around 6 mm wide. Plants typically have 24 or 40 pairs of chromosomes but some plants have 16 or 32 chromosomes.[1] Plants have milky sap and the leaves are all basal, each flowering stem lacks bracts and has one single flower head. The yellow flower heads lack receptacle bracts and all the flowers, which are called florets, are ligulate and bisexual. The fruits are mostly produced by apomixis.[2] It blooms from March until October,[3]

Dandelions have deep taproots, and the whole plant contains a milky fluid known as latex (6). It is perennial, and flowers throughout the year (5). The flowers close at night, and can produce around 2,000 wind-dispersed fruits (1). Plants can also regenerate from pieces of the tap root (1). Although generally regarded as a weed, dandelions have many uses, both culinary and medicinal (6). It is a scientifically proven diuretic and laxative (4), and has also been used as a tonic, to treat rheumatic problems, and as a blood purifier (6). Young leaves and flowers are used in salads, stir-fries and other recipes, and the root can be dried to make a substitute for coffee, a practice that was common during the rationing of the Second World War (4).