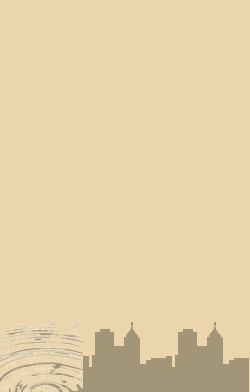 
• Aix galericulata has a FLIGHT of 2.

• Aix galericulata must be placed adjacent to at least one FRESH-WATER containing card.

Cool, Warm
Graphic by saffhire-phoenixsaffhire-phoenix.deviantart.com/
The Mandarin Duck (Aix galericulata), or just Mandarin, is a medium-sized perching duck, closely related to the North American Wood Duck. It is 41–49 cm long with a 65–75 cm wingspan. The adult male is a striking and unmistakable bird. It has a red bill, large white crescent above the eye and reddish face and “whiskers”. The breast is purple with two […] read more
Sorry, there is no photo available. If you have one, please submit here.

The Mandarin Duck (Aix galericulata), or just Mandarin, is a medium-sized perching duck, closely related to the North American Wood Duck. It is 41–49 cm long with a 65–75 cm wingspan.

The adult male is a striking and unmistakable bird. It has a red bill, large white crescent above the eye and reddish face and “whiskers”. The breast is purple with two vertical white bars, and the flanks ruddy, with two orange “sails” at the back. The female is similar to female Wood Duck, with a white eye-ring and stripe running back from the eye, but is paler below, has a small white flank stripe, and a pale tip to its bill.[2]

Unlike other species of ducks, most Mandarin drakes reunite with the hens they mated with along with their offsprings after the eggs have hatched and even share scout duties in watching the ducklings closely.[3] However, even with both parents securing the ducklings, most of them do not survive to adulthood.

The species was once widespread in eastern Asia, but large-scale exports and the destruction of its forest habitat have reduced populations in easternRussia and in China to below 1,000 pairs in each country; Japan, however, is thought to still hold some 5,000 pairs.[4]

In the wild, Mandarin Ducks breed in densely wooded areas near shallow lakes, marshes or ponds. They nest in cavities in trees close to water and during the spring, the females lay their eggs in the tree’s cavity after mating. The males take no part in the incubation, simply leaving the female to secure the eggs on her own. However, unlike other species of ducks, the male does not completely abandon the female, leaving only temporarily until the ducklings have hatched. Shortly after the ducklings hatch, their mother flies to the ground and coaxes the ducklings to leap from the nest. After all of the ducklings are out of the tree, they will follow their mother to a nearby body of water where they would usually encounter the father, who will rejoin the family and protect the ducklings with the mother.[5] If the father isn’t found then it is likely that he may have deceased during his temporary leave. The Asian populations are migratory, overwintering in lowland eastern China and southern Japan.

Mandarins feed by dabbling or walking on land. They mainly eat plants and seeds, especially beechmast. They feed mainly near dawn or dusk, perching in trees or on the ground during the day.

The Mandarin duck breeds in eastern Siberia, China, and Japan and winters in southern China and Japan. There is a small free-flying population in Britain stemming from the release captive bred ducks.

In full plumage, the male has a pair of “sail” feathers that are raised vertically above the back, a crest of orange and cream feathers, and a broad white eye-stripe that is bounded above and below by darker feathers. The female is duller in color and has an overall grey appearance marked by a curving white stripe behind the eye and a series of white blotches on the underparts. In flight, both sexes display a bluish-green iridescent speculum.

Mandarin courtship display is very impressive and includes mock-drinking and shaking. Pairs are formed at the beginning of the winter and may continue for many seasons. Although the female chooses the exact nesting site, the male accompanies the female on nest searches. Nest are alway in a hole in a tree and can be up to thirty feet from the ground. In preparation for egg laying, the female lines the nest is with down. Clutch sizes range from nine to twelve white oval eggs that are laid at daily intervals. Incubation is solely performed by the female and last between 28 and 30 days. When all the eggs are hatched (they hatch within a few hours of each other), the mother calls to the chicks from the ground. Each chick then crawls out of the hole and launches itself into a free fall. Amazingly, all the chicks land unhurt and are en route to the nearest feeding ground. Once the chicks are able to fly (after 40-45 days), they leave to join a new flock.