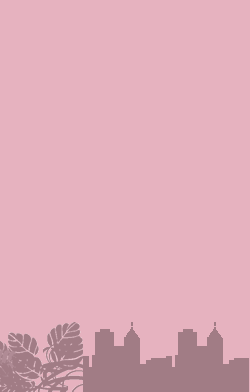 Cold, Cool, Warm, Hot
Graphic by Jesse Kemptondarkconofman.deviantart.com/
Photo by Anita363www.flickr.com/photos/anitagould/
The Common Raven (Corvus corax), also known as the Northern Raven, is a large, all-black passerine bird in the crow family. Found across the northern hemisphere, it is the most widely distributed of all corvids. There are eight known subspecies with little variation in appearance—although recent research has demonstrated significant genetic differences among populations from […] read more

The Common Raven (Corvus corax), also known as the Northern Raven, is a large, all-black passerine bird in the crow family. Found across the northern hemisphere, it is the most widely distributed of all corvids. There are eight known subspecies with little variation in appearance—although recent research has demonstrated significant genetic differences among populations from various regions. It is one of the two largest corvids, alongside the Thick-billed Raven, and is possibly the heaviest passerine bird; at maturity, the Common Raven is between 56 and 69 cm (22 to 27 inches) in length, with recorded weights ranging from 0.69 to 1.63 kg (1.5 to 3.6 pounds). Common Ravens typically live about 10 to 15 years in the wild, although lifespans of up to 40 years have been recorded. Young birds may travel in flocks, but later mate for life, with each mated pair defending a territory.

The Common Raven has coexisted with humans for thousands of years and in some areas has been so numerous that it is considered a pest. Part of its success comes from its omnivorous diet; Common Ravens are extremely versatile and opportunistic in finding sources of nutrition feeding on carrion, insects, cereal grains, berries, fruit, small animals, and food waste.

Some remarkable feats of problem-solving have been observed in the species, leading to the belief that it is highly intelligent. Over the centuries, it has been the subject of mythology, folklore, art and literature. In many indigenous cultures, including those of Scandinavia, ancient Ireland and Wales, Bhutan, the northwest coast of North America, Siberia and northeast Asia, the Common Raven has been revered as a spiritual figure or god.[2]

Ravens are well-known for their intelligence, they are also very playful birds, performing mid-air acrobatics, playing ‘games’ with each other’s beaks and passing stones to each other (5). They eat a wide variety of food, including carrion, small vertebrates, insects and refuse, yet carrion is the most important component of the diet (6). Pairs stay together for life, and defend a territory from which they exclude all other ravens (5). Breeding begins in February or March. Following a mating display involving posturing, mutual preening and beak caressing, the pair make a solid nest (or renovate the previous year’s nest) of sticks lined with moss and mud (5). Clutches contain 4-6 blue-green eggs, one of which is laid each day until the clutch is complete (5). The female incubates the eggs for up to 20 days, during which time she is fed by the male (5). Both parents feed the chicks, which stay in the nest for up to six and a half weeks (5). Ravens do not tend to travel widely; during winter adults remain in their breeding territory, and young birds do not tend to disperse further away than 20 miles (5). A rich wealth of folklore and mythology centres on the raven; King Arthur is said to return in the form of a raven, Noah sent out a raven from the Ark to fly ‘forth and fro until the waters were dried up from off the earth’, and the Norse god Odin had two ravens who flew the world to return to his shoulders and whisper what was happening into his ears (4).