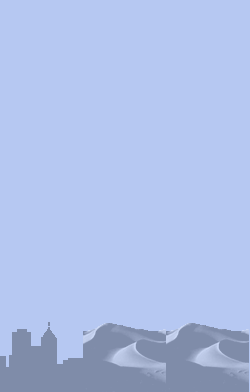 • Corvus corax juveniles are among the most playful of all birds.

Cool, Warm, Hot
Graphic by Michelle Davisonwww.etsy.com/shop/arteriole
Photo by Judewww.flickr.com/photos/jude_the_obscure/
The Common Raven (Corvus corax), also known as the Northern Raven, is a large, all-black passerine bird. Found across the northern hemisphere, it is the most widely distributed of all corvids. There are at least eight subspecies with little variation in appearance— although recent research has demonstrated significant genetic differences among populations from various regions. […] read more

The Common Raven (Corvus corax), also known as the Northern Raven, is a large, all-black passerine bird. Found across the northern hemisphere, it is the most widely distributed of all corvids. There are at least eight subspecies with little variation in appearance— although recent research has demonstrated significant genetic differences among populations from various regions. It is one of the two largest corvids, alongside the Thick-billed Raven, and is possibly the heaviest passerine bird; at maturity, the Common Raven averages 63 cm (25 inches) in length and 1.2 kg (2.6 pounds). Common Ravens typically live about 10 to 15 years in the wild, although lifespans of up to 40 years have been recorded. Young birds may travel in flocks, but later mate for life, with each mated pair defending a territory.

The Common Raven has coexisted with humans for thousands of years and in some areas has been so numerous that it is considered a pest. Part of its success comes from its omnivorous diet; Common Ravens are extremely versatile and opportunistic in finding sources of nutrition, feeding on carrion, insects, cereal grains, berries, fruit, small animals, and food waste.

Some remarkable feats of problem-solving have been observed in the species, leading to the belief that it is highly intelligent. Over the centuries, it has been the subject of mythology, folklore, art, and literature. In many indigenous cultures, including those of Scandinavia, ancient Ireland and Wales, Bhutan, the northwest coast of North America, and Siberia and northeast Asia, the Common Raven has been revered as a spiritual figure or god.[2]

Common Ravens can thrive in varied climates; indeed this species has the largest range of any member of the genus.[36][37] They range throughout the Holarctic from Arctic and temperate habitats in North America and Eurasia to the deserts of North Africa, and to islands in the Pacific Ocean. In the British Isles, they are more common in Scotland, Wales, northern England and the west of Ireland.[32] In Tibet, they have been recorded at altitudes up to 5,000 m (16,400 ft), and as high as 6,350 m (20,600 ft) on Mount Everest.[37][38] The population sometimes known as the Punjab Raven — described as Corvus corax laurencei (also spelt lawrencii or laurencii) by Allan Octavian Hume but more often considered synonymous with subcorax[17] — is restricted to the Sindh district of Pakistan and adjoining regions of northwestern India.[34][39]

Except in Arctic habitats,[40] they are generally resident within their range for the whole year. Young birds may disperse locally.[41]

Most Common Ravens prefer wooded areas, with large expanses of open land nearby, or coastal regions for their nesting sites and feeding grounds. In some areas of dense human population, such as California in the United States, they take advantage of a plentiful food supply and have seen a surge in their numbers.[43]

One behavior is recruitment, where juvenile ravens call other ravens to a food bonanza, usually a carcass, with a series of loud yells. In Ravens in Winter, Bernd Heinrich posited that this behavior evolved to allow the juveniles to outnumber the resident adults, thus allowing them to feed on the carcass without being chased away.[55] A more mundane explanation is that individuals co-operate in sharing information about carcasses of large mammals because they are too big for just a few birds to exploit.[56] Experiments with baits however show that such recruitment behaviour is independent of the size of the bait.[57]

Juveniles begin to court at a very early age, but may not bond for another two or three years. Aerial acrobatics, demonstrations of intelligence, and ability to provide food are key behaviors of courting. Once paired, they tend to nest together for life, usually in the same location.[44] Instances of non-monogamy have been observed in Common Ravens, by males visiting a female’s nest when her mate is away.[56]

Breeding pairs must have a territory of their own before they begin nest-building and reproduction, and thus aggressively defend a territory and its food resources. Nesting territories vary in size according to the density of food resources in the area.[28] The nest is a deep bowl made of large sticks and twigs, bound with an inner layer of roots, mud, and bark and lined with a softer material, such as deer fur. The nest is usually placed in a large tree or on a cliff ledge, or less frequently in old buildings or utility poles.[58]

Females lay between three to seven pale bluish-green, brown-blotched eggs.[32] Incubation is about 18 to 21 days, by the female only. However, the male may stand or crouch over the young, sheltering but not actually brooding them.[59] Young fledge at 35 to 42 days, and are fed by both parents. They stay with their parents for another six months after fledging.[60]

Common Ravens have been observed to manipulate others into doing work for them, such as by calling wolves and coyotes to the site of dead animals. The canines open the carcass, making it more accessible to the birds.[64] They watch where other Common Ravens bury their food and remember the locations of each other’s food caches, so they can steal from them. This type of theft occurs so regularly that Common Ravens will fly extra distances from a food source to find better hiding places for food.[66] They have also been observed pretending to make a cache without actually depositing the food, presumably to confuse onlookers.[67]

Common Ravens are known to steal and cache shiny objects such as pebbles, pieces of metal, and golf balls. One theory is that they hoard shiny objects to impress other ravens.[68] Other research indicates that juveniles are deeply curious about all new things, and that Common Ravens retain an attraction to bright, round objects based on their similarity to bird eggs. Mature birds lose their intense interest in the unusual, and become highly neophobic.[69]

In recent years, biologists have recognized that birds engage in play. Juvenile Common Ravens are among the most playful of bird species. They have been observed to slide down snowbanks, apparently purely for fun. They even engage in games with other species, such as playing catch-me-if-you-can with wolves and dogs.[70] Common Ravens are known for spectacular aerobatic displays, such as flying in loops or interlocking talons with each other in flight.[71][72]

They are also one of only a few species who make their own toys. They have been observed breaking off twigs to play with socially.[73]

Ravens are well-known for their intelligence, they are also very playful birds, performing mid-air acrobatics, playing ‘games’ with each other’s beaks and passing stones to each other (5). They eat a wide variety of food, including carrion, small vertebrates, insects and refuse, yet carrion is the most important component of the diet (6). Pairs stay together for life, and defend a territory from which they exclude all other ravens (5). Breeding begins in February or March. Following a mating display involving posturing, mutual preening and beak caressing, the pair make a solid nest (or renovate the previous year’s nest) of sticks lined with moss and mud (5). Clutches contain 4-6 blue-green eggs, one of which is laid each day until the clutch is complete (5). The female incubates the eggs for up to 20 days, during which time she is fed by the male (5). Both parents feed the chicks, which stay in the nest for up to six and a half weeks (5). Ravens do not tend to travel widely; during winter adults remain in their breeding territory, and young birds do not tend to disperse further away than 20 miles (5). A rich wealth of folklore and mythology centres on the raven; King Arthur is said to return in the form of a raven, Noah sent out a raven from the Ark to fly ‘forth and fro until the waters were dried up from off the earth’, and the Norse god Odin had two ravens who flew the world to return to his shoulders and whisper what was happening into his ears (4).

The raven is a magnificent bird; bigger than a buzzard, it is the largest passerine (perching) bird in Europe, and is deeply embedded in mythology (4). The glossy plumage is entirely black with greenish and lilac sheens. The large bill is very thick and heavy looking (2), the wings are narrow, and the tail is wedge-shaped (2). The sexes are similar in appearance, but females are somewhat smaller than males (5). Juveniles are duller than adults, and have a variable amount of brown in the plumage (5). A variety of vocalisations are produced, including a ‘korrp’ call and a ‘krack-krack-krack’ of alarm. In spring and during courtship, a range of unusual sounds can be heard such as clucks, a ‘klong’ and pops (2)(5).