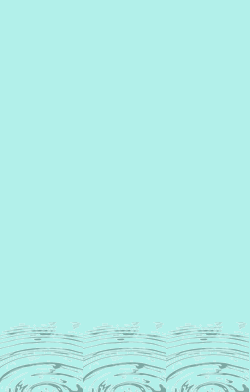 • Scleropages formosus has a MOVE of 2.

Warm
Graphic by Heather E. Harlowforbidding.deviantart.com
Photo by Marcel Burkhardcommons.wikimedia.org/wiki/User:Cele4
The Asian arowana comprises several varieties of freshwater fish in the genus Scleropages. Some sources differentiate these varieties into multiple species,[1][2] while others consider the different strains to belong to a single species, Scleropages formosus.[3] They have several other common names, including Asian bonytongue, dragon fish, and a number of names specific to different varieties. […] read more

The Asian arowana comprises several varieties of freshwater fish in the genus Scleropages. Some sources differentiate these varieties into multiple species,[1][2] while others consider the different strains to belong to a single species, Scleropages formosus.[3] They have several other common names, including Asian bonytongue, dragon fish, and a number of names specific to different varieties.

These popular aquarium fish have special cultural significance in areas influenced by Chinese culture. The name dragon fish stems from their resemblance to the Chinese dragon. This popularity has had both positive and negative effects on their status as endangered species.

Several distinct, naturally occurring colour varieties are recognised, each found in a specific geographic region. They include the following:

In mature super red arowanas, the gill covers, lateral scales, and fin membranes of these fishes are metallic red, with the exact hue varying from gold-tinged to deep red. The back is dark brown. In juveniles, the darker the dorsal colouration, the deeper the red will be on maturity.[1]

Asian arowanas are paternal mouthbrooders. They are slow to reach sexual maturity and difficult to breed in captivity; successful spawnings typically take place in large outdoor ponds rather than in aquaria.[12]

The Asian arowanas are listed as endangered by the 2006 IUCN Red List, with the most recent evaluation taking place in 1996.[14] International trade in these fishes is controlled under the Convention on the International Trade in Endangered Species of Wild Flora and Fauna (CITES), under which it was placed on Appendix I, the most restrictive category, in 1975.[15] S. formosus is one of only eight fish species listed on Appendix I.[16] There are a number of registered CITES breeders in Asia and the specimens they produce can be imported into several nations. Other nations restrict or prohibit possession of Asian arowanas; for example, the United States has listed this species under the Endangered Species Act, and therefore it cannot be possessed in that country without a permit.[17]

The Asian arowana’s high value as aquarium fish has impacted its conservation. Its popularity has soared since the late 1970s, and hobbyists may pay thousands of U.S. dollars for one of these animals.[20][21]

Because they can grow up to 90 centimetres (35 inches) long, Asian arowanas require a large aquarium. They are territorial and may be kept with other Scleropages only in a very large aquarium, provided all fish are of similar size. Like other arowanas, they need a tight-fitting cover to prevent jumping.[25] The water should be well-filtered, soft, and slightly acidic, and maintained at a temperature of 24–30° C (75–86° F).[25]

Asian arowanas are carnivorous and should be fed a high-quality diet of meaty food, such as shrimp and crickets. They are surface feeders and prefer to take food in the upper parts of the water column. Aquarists recommend live foods and meaty prepared foods. Examples of appropriate live foods include scorpions, centipedes, mealworms, crickets, shrimps, feeder fish, small frogs, and earthworms. Prepared foods include prawns (shrimp), lean pork, frozen fish food, and pelleted food.[26]

From an observation of a breeding pair in a concrete tank, courtship lasts from several weeks to months. During this stage, the breeding pair swims near the water surface usually at night. “The male chases the female around the perimeter of the tank. Sometimes, the pair circle each other nose-to-tail. About one to two weeks before spawning takes place, the fish swim side by side with their bodies touching. Eventually, the female releases a cluster of orange-red eggs. The male fertilises the eggs and then scoops them into its mouth where it incubates them. After hatching which occurs in about a week, the young larvae continue to live in the male’s mouth for 7-8 weeks more until the yolk sac is totally absorbed” (Ref. 57886).