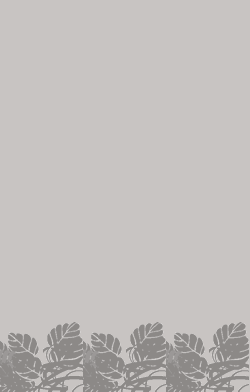 Warm, Hot
Graphic by Dingoatphylogame.org
Photo by Brian Gratwickewww.briangratwicke.com/
The Cottontop Tamarin (Saguinus oedipus), also known as the Pinché Tamarin, is a small New World monkey weighing less than 1lb (0.5 kg). It is found in tropical forest edges and secondary forests where it is arboreal and diurnal. This tamarin species has a long sagittal crest, white hairs from forehead to nape flowing over […] read more

The Cottontop Tamarin (Saguinus oedipus), also known as the Pinché Tamarin, is a small New World monkey weighing less than 1lb (0.5 kg). It is found in tropical forest edges and secondary forests where it is arboreal and diurnal.

This tamarin species has a long sagittal crest, white hairs from forehead to nape flowing over the shoulders (“Cottontop”). The back is brown, and the underparts, arms and legs are whitish-yellow. The rump and inner thighs are reddish-orange.

It is considered one of the bare-faced tamarins because of the lack of facial hair. Its lower canine teeth are longer than its incisors, so it seems as if it has small tusks. It is about the size of a squirrel and weighs 10-18 ounces.[citation needed] The males are only slightly larger than females. A medium Cottontop Tamarin weighs 432 g.[4] Tamarins are among the smallest of the primates. Head body length of this species is 17 cm and tail length is 25 cm.[5] Forelimbs are shorter than the hind limbs. The thumb is not opposable and the tail is not prehensile. All the finger and toe nails are like claws except for the big toe which has a flat nail.

The cotton-headed top tamarin is diurnal and arboreal, feeding on fruit, insects, tender vegetation, small vertebrates and bird eggs (6) (10). With the exception of smaller prey, animals are killed with a bite to the head (3). Cotton-headed tamarins obtain the water they need by licking leaves that are wet with rain or dew, rather than expose themselves to predation by venturing down onto the forest floor (5). When not feeding, much time is spent in social grooming. Like other tamarins, they run their clawed digits through each other’s fur, examining it, and use their teeth, lips and tongue to pick off particles (8). These social monkeys live in groups of 3 – 13 individuals, with the average being around 7 (2). Their home ranges extend from 7-10 hectares and often overlap with those of other groups, with contact between groups being agonistic (5). These tamarins are territorial, scent marking their home ranges and defending them with showy confrontations, fluffing up their fur and making loud calls to scare away intruders and attract individuals from their own group (6). There can be more than one adult male and female in the group but only one female actually breeds (3) (5). Reproduction in other females is suppressed by the behavioural domination of the reproductive female, and by the effects of her pheromones and genital gland scent (6). Males and other group members play a major role in caring for the young (8). The co-operative breeding system of tamarins appears to be unique amongst primates, and serves to help the breeding female care for the offspring (7). Lactation and feeding the young demands a great deal of energy, and so males and other group members often carry the young, allowing the female more time to forage and feed, while other members of the group also help by surrendering food morsels to the young and the breeding female (7). This explains why the female is usually larger in size than the male. In fact, research suggests that smaller males are often preferred mating partners by the females as they are more nimble in the forest and therefore better food gatherers (6). Like other tamarins, the cotton-headed tamarin usually gives birth to twins (8) (9). The gestation period is around 140 days (2), and the offspring, born helpless (3), are carried everywhere rather than being left in nests (9). The co-operative care of the group is key to the infant’s development, for they become independent after only two months. This unique breeding system is also essential as it enables tamarins to maintain a high reproductive rate (6). Once established as breeders in a group, a female can produce twins once a year, and sometimes twice (9).