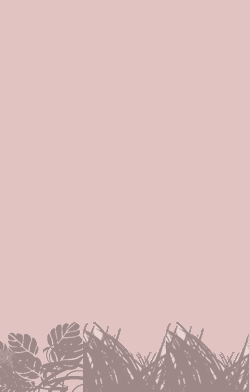 • There are over one billion domesticated sheep worldwide.

Cool, Warm
Graphic by Scott Plasterwww.scottplaster.com/
Photo by Jacquie Wingatewww.flickr.com/people/11948828@N00
Sheep (Ovis aries) are quadrupedal, ruminant mammals typically kept as livestock. Like all ruminants, sheep are members of the order Artiodactyla, the even-toed ungulates. Although the name “sheep” applies to many species in the genus Ovis, in everyday usage it almost always refers to Ovis aries. Numbering a little over one billion, domestic sheep are also the most numerous species of […] read more

Sheep (Ovis aries) are quadrupedal, ruminant mammals typically kept as livestock. Like all ruminants, sheep are members of the order Artiodactyla, the even-toed ungulates. Although the name “sheep” applies to many species in the genus Ovis, in everyday usage it almost always refers to Ovis aries. Numbering a little over one billion, domestic sheep are also the most numerous species of sheep. […]

The domestic sheep is a multi-purpose animal, and the more than 200 breeds now in existence were created to serve these diverse purposes.[3][16] Almost all sheep are classified as being best suited to furnishing a certain product: wool, meat, milk, hides, or a combination in a dual-purpose breed. Other features used when classifying sheep include face color (generally white or black), tail length, presence or lack of horns, and the topography for which the breed has been developed. This last point is especially stressed in the UK, where breeds are described as either upland (hill or mountain) or lowland breeds.[14] A sheep may also be of a fat-tailed type, which is a dual-purpose sheep common in Africa and Asia with larger deposits of fat within and around its tail. […]

Sheep are exclusively herbivorous mammals. Most breeds prefer to graze on grass and other short roughage, avoiding the taller woody parts of plants that goats readily consume.[26] Both sheep and goats use their lips and tongues to select parts of the plant that are easier to digest or higher in nutrition.[26] Sheep are largely grazing herbivores, unlike browsing animals such as goats and deer that prefer taller foliage. With a much narrower face, sheep crop plants very close to the ground and can overgraze a pasture much faster than cattle.[11] For this reason, many shepherds usemanaged intensive rotational grazing, where a flock is rotated through multiple pastures, giving plants time to recover.[11][14] Paradoxically, sheep can both cause and solve the spread of invasive plant species. By disturbing the natural state of pasture, sheep and other livestock can pave the way for invasive plants. However, sheep also prefer to eat invasives such as cheatgrass, leafy spurge, kudzu and spotted knapweed over native species such as sagebrush, making grazing sheep effective for conservation grazing.[32]

All sheep have a tendency to congregate close to other members of a flock, although this behavior varies with breed.[12] Farmers exploit this behavior to keep sheep together on unfenced pastures and to move them more easily. Shepherds may also use herding dogs in this effort, whose highly bred herding ability can assist in moving flocks. Sheep are also extremely food-oriented, and association of humans with regular feeding often results in sheep soliciting people for food.[38] Those who are moving sheep may exploit this behavior by leading sheep with buckets of feed, rather than forcing their movements with herding.[39][40]

Ovis aries is one of the most economically significant species on the planet. Since their domestication between 9000 and 11000 years ago they have been a source of meat, milk, wool and hides in nearly every country. In some cultures sheep are considered highly useful as a sacrificial animal. The versatility of the species contributes to its economic significance as large herds of animals can be maintained in many environments at relatively low costs. Besides their usefulness in an agricultural sense, sheep have become important as a tool for scientific research. Because of their large size and low maintenance costs they make an ideal model for a great deal of scientific research.

FUN FACT!
Sheep can recognize individual human and ovine faces, and remember them for years.[44][45]