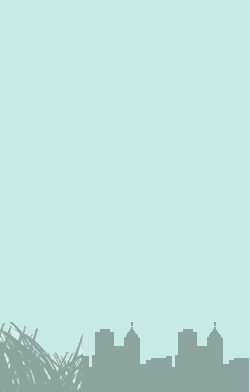 • Roosters can and will crow at any time of the day.

Cool, Warm
Graphic by Scott Plasterscottplaster.com/
Photo by Fir0002/Flagstaffotoswww.flagstaffotos.com.au
A rooster, also known as a cockerel, or a cock[1] is a male chicken (Gallus gallus) with the female being called a hen. Immature male chickens of less than a year’s age are called cockerels. The oldest term is “cock,” from Old English coc. The term “rooster” originates from the United States,[2] while in the […] read more

A rooster, also known as a cockerel, or a cock[1] is a male chicken (Gallus gallus) with the female being called a hen. Immature male chickens of less than a year’s age are called cockerels. The oldest term is “cock,” from Old English coc. The term “rooster” originates from the United States,[2] while in the United Kingdom and Ireland[3] the older term “cockerel” is more widely used. In North America, Australia and New Zealand “rooster” (a relative neologism) is almost always used, occasionally cockerel.[4][5]

“Roosting” is the action of perching aloft to sleep at night, and is done by both sexes. The rooster is polygamous, but cannot guard several nests of eggs at once. He guards the general area where his hens are nesting, and will attack other roosters who enter his territory. During the daytime, he often sits on a high perch, usually 4–5 feet off the ground to serve as a lookout for his flock. He will sound a distinctive alarm call if predators are nearby.

The rooster is often portrayed as crowing at the break of dawn and will almost always start crowing before 4 months of age. He can often be seen sitting on fence posts or other objects, where he crows to proclaim his territory. However, this idea is more romantic than real, as a rooster can and will crow at any time of the day. Some roosters are especially vociferous, crowing almost constantly, while others only crow a few times a day. These differences are dependent both upon the rooster’s breed and individual personality. He has several other calls as well, and can cluck, similar to the hen. Roosters will occasionally make a patterned series of clucks to attract hens to a source of food, the same way a mother hen does for her chicks.

Roosters can usually be differentiated from hens by their striking plumage of long flowing tails and shiny, pointed feathers on their necks (hackles) and backs (saddle) which are typically of brighter, bolder colors than those of females of the same species. However, in some breeds, such as the Sebright, the rooster has only slightly pointed neck feathers, the same color as the hen’s. The identification must be made by looking at the comb, or eventually from the development of spurs on the male’s legs (in a few breeds and in certain hybrids the male and female chicks may be differentiated by color). Adult chickens have a fleshy crest on their heads called a comb or cockscomb, and hanging flaps of skin either side under their beaks called wattles. Both the adult male and female have wattles and combs, but in most breeds these are more prominent in males. A muff or beard is a mutation found in several chicken breeds which causes extra feathering under the chicken’s face, giving the appearance of a beard.

Chickens are omnivores.[8] In the wild, they often scratch at the soil to search for seeds, insects and even larger animals such as lizards or young mice.[9] Chickens may live for five to ten years, depending on the breed.[10]