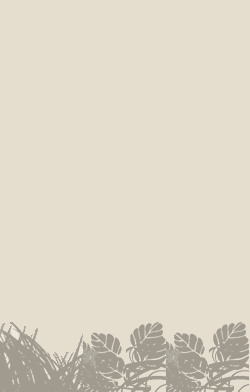 • Prunella modularis has a FLIGHT of 2.

• Prunella modularis is found across the whole of Europe, and parts of western Asia.

Cool, Warm
Graphic by Mark Sosbemarksosbe.deviantart.com/
Photo by Mark Robinsonwww.flickr.com/people/66176388@N00/
The Dunnock, Prunella modularis, is a small passerine bird found throughout temperate Europe and into Asia. It is by far the most widespread member of the accentor family, which otherwise consists of mountain species. It is sometimes called the Hedge Accentor, Hedge Sparrow or Hedge Warbler.   It is a resident in the milder west […] read more

The Dunnock, Prunella modularis, is a small passerine bird found throughout temperate Europe and into Asia. It is by far the most widespread member of the accentor family, which otherwise consists of mountain species. It is sometimes called the Hedge Accentor, Hedge Sparrow or Hedge Warbler.

It is a resident in the milder west and south of its range, but as an insectivore, must migrate south from the colder parts of its range. It is a bird of woodland, shrub and gardens. It builds a neat nest low in a bush or conifer, laying 3-5 unspotted blue eggs.

This is a Robin-sized bird, 13.5–14 cm in length, fairly drab in appearance, and somewhat resembling a small House Sparrow with its streaked back and general shape. It is also brownish underneath, and has a fine pointed bill. Adults have a grey head. The sexes are similarly coloured. They were introduced to New Zealand between 1867 and 1882 and now breed throughout the country including on the Chatham, Antipodes, Auckland and Campbell islands.[1]

This species makes up for its drab appearance with its breeding behaviour. Females are often polyandrous, breeding with two males at once, and thus giving rise to sperm competition. Males compete for mating access to the female, but DNA fingerprinting has shown that chicks within broods often have different fathers, depending on their success at monopolising access to the fertile female. Males try to ensure their paternity during courtship by pecking at the cloaca of the female to stimulate her to eject the sperm of other males with whom the female has recently mated.[2] Males provide parental care in proportion to their mating success, so it is not uncommon to see two males and a female provisioning nestlings at one nest. Polyandry is rare in birds, with only about 2% of species showing such a mating system; the majority are monogamous, where one male and one female breed together.

The main call is a shrill, persistent “tseep” and a high trilling note,[3] which often betray the bird’s otherwise inconspicuous presence. The song is rapid, thin and tinkling, a sweet warble which can be confused with the Wren but is shorter and weaker.[3] The Wren’s song incorporates repeated trill sounds but the Dunnock’s does not.[citation needed] While the Dunnock’s bubbling song is very pleasant, it has been described as being similar to a squeaky trolley wheel.[citation needed]

Although a common bird in the UK, only recently have studies shown that the dunnock has an interesting domestic arrangement. Although the pair-bond between the birds appears strong during the breeding season, females will often court another male and mate with him. This ensures that her chicks – whichever partner actually sires them – will receive an adequate supply of food from both males. The nest is hidden in a hedge or shrub and contains up to five pale blue eggs. There can be up to three clutches laid in a season, the first appearing in March or April. Incubation takes about two weeks with the female taking sole charge of the brooding. The young are fed by both sexes and fledge after some 12 -14 days. The dunnock is primarily an insect feeder although small seeds often form part of the bird’s diet as well.

The dunnock is a common bird of gardens, woods and parks, familiar to many people still under its old name of hedge sparrow. The name is slightly misleading as, while the bird does indeed frequent hedgerows, it is not related to sparrows. Dunnocks belong to a family known as accentors, small ground and scrub-dwelling birds that hop around in a characteristically crouched posture. Both sexes are similar in appearance, being predominantly brown with a striated back and belly, and with a grey head and noticeably brown eyes. Young birds are more boldly streaked with dark brown or black, these marks also extending to the head and neck, a feature not found on the adults. Dunnocks resemble robins in their habits and many people still confuse the young of the two species. The song of the dunnock is nowhere as melodic as that of the robin, consisting of a loud, clear but tuneless series of tinkling notes, often delivered from the top of a bush or a prominent branch of a tree. However, the birds sing this ditty throughout the year, and it is often the only birdsong to be heard during the otherwise dull days of late autumn and winter.

The dunnock is found across the whole of Europe, and parts of western Asia. It occurs throughout the UK and republic of Ireland, where it is a resident, but in the northern part of its range, it is a migratory bird.