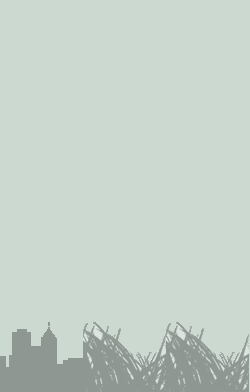 Drosophila melanogaster has a MOVE of 2

Drosophila melanogaster (Greek for dark-bellied dew lover : δρόσος = dew, φίλος = intimate friend, lover, μέλας = dark-coloured, γαστήρ = belly [2]) is a species of Diptera, or the order of flies, in the family Drosophilidae. The species is commonly known as the common fruit fly or vinegar fly. Starting from Charles W. Woodworth, this species is one of the most commonly used model organisms in biology, including studies in genetics, physiology, microbial pathogenesis and life history evolution because they are easy to take care of, breed quickly, and lay many eggs.[3]

Wildtype fruit flies have brick red eyes, are yellow-brown in color, and have transverse black rings across their abdomen. They exhibit sexual dimorphism: females are about 2.5 millimeters (0.098 in) long; males are slightly smaller and the back of their bodies is darker. Males are easily distinguished from females based on color differences, with a distinct black patch at the abdomen, less noticeable in recently emerged flies (see fig), and the sexcombs (a row of dark bristles on the tarsus of the first leg). Furthermore, males have a cluster of spiky hairs (claspers) surrounding the reproducing parts used to attach to the female during mating. There are extensive images at FlyBase.[4]

Drosophila melanogaster was among the first organisms used for genetic analysis, and today it is one of the most widely used and genetically best-known of all eukaryotic organisms. All organisms use common genetic systems; therefore, comprehending processes such as transcription and replication in fruit flies helps in understanding these processes in other eukaryotes, including humans.[14]

The compound eye of the fruit fly contains 760 unit eyes or ommatidia, and are one of the most advanced among insects.

The wings of a fly are capable of beating at up to 220 times per second. Flies fly via straight sequences of movement interspersed by rapid turns called saccades. During these turns, a fly is able to rotate 90 degrees in fewer than 50 milliseconds.

Drosophila melanogaster is a fly, distributed world wide with the exception of extremes of altitude or latitude.  Its claim to fame is that, for the last 100 years or so, it has been a favourite organism for biological research, initially in the field of genetics, but latter for the investigation of fundamental problems in biology from the fields of ecology to neurobiology.  Systematically, D. melanogaster belongs to the large family of Drosophilae (with over 4,000 known species), a family of acalyptrate flies. By and large members of this family are specialized to feed, as larvae, on rotting vegetable matter that is undergoing fermentation due to yeast or bacterial contamination. It is these microorganisms that constitute the food of larval Drosophila.  In the laboratory, however, D. melanogaster is grown on a flour-based medium gelled with agar and seeded with baker’s yeast.

D. melanogaster is a commensal of humans, a history recently reviewd by Keller [18].  It is most commonly found in close association with human habitation, and is often found inside houses, especially in the fall where it is attracted by fruit and wine.  Adults are often found drowned in a glass of wine left in a room overnight. The ecological versatility required to associate with human habitations, from the coasts of New Guinea to Manhattan, has predisposed D. melanogaster to be a very robust laboratory organism. The world-wide distribution of this fly is relatively recent, however. Its ancestral home is thought to be tropical West Africa.  From there it spread to Euroasia, perhaps 6,000-10,000 years ago. It spread to the Americas only 500 or so years ago, probably on trans-Atlantic slave ships.

Although described in the scientific literature in 1830, by the German entomologist Johann Wilhelm Meigen (1764-1845) [1], these flies were known to the Ancient Greeks.  The first experimental studies with D. melanogaster were done, just over a century ago, by F.W. Carpenter and by William Castle [2] in Harvard, for studies of the effects of inbreeding on fecundity. Castle’s work showed that D. melanogaster was suitable for experimental work and brought it to the attention of Thomas Hunt Morgan, an embryologist at Columbia University in New York who wished to make an experimental study of evolution  [see 3 for a historical accounts of the introduction of Drosophila into research and of the Morgan School].  His discovery, in 1910, of a white-eyed variant, and his demonstration that this factor showed sex-linked inheritance, was seminal to the then new field of genetics [4]. Over the next thirty years or so, Morgan’s school and colleagues established the foundations of classical genetics, a fact recognised by the award of a Nobel Prize to Morgan in 1933 and to his student H.J. Muller in 1946, the latter being for Muller’s discovery in 1928 that X-rays can cause mutations.

Today, there are about 7,500 researchers devoted to the study of fundamental problems in biology working with Drosophila. Many advances in our understanding of human development and human disease have come from this work, a fact recognised by the award in 1995 of the Nobel Prize for Physiology or Medicine to three Drosophila workers, Ed Lewis, Eric Weischaus and Christiane Nüsslein-Volhard.

Drosophila melanogaster has been introduced to every continent of the world with one exception, Antarctica. On other continents its range is limited only by mountain ranges, deserts, and high lattitudes.

Like other flies, Drosophila melanogaster has a single pair of wings that form from the middle segment of its thorax. Out of the last segment of its throax (which in other insects contains a second pair of wings) develops a set rudimentry wings that act as knobby balancing organs. These balancing organs are called halteres. (Raven and Johnson 1999)