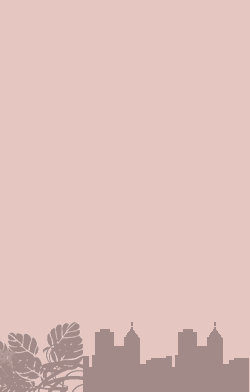 
• Sciurus vulgaris has a MOVE of 2.
“Sciurus vulgaris do not hibernate. Instead, they lay down stores of food to see them through periods when fresh food is not available.”

Cool, Warm
Graphic by Punniepunnie.deviantart.com/
Photo by Ray eyeen.wikipedia.org/wiki/Red_Squirrel
The red squirrel or Eurasian red squirrel (Sciurus vulgaris) is a species of tree squirrel in the genus Sciurus common throughout Eurasia. The red squirrel is an arboreal, omnivorous rodent. In Great Britain and Ireland, numbers have decreased drastically in recent years, in part because of the introduction of the eastern grey squirrel (Sciurus carolinensis) […] read more

In Great Britain and Ireland, numbers have decreased drastically in recent years, in part because of the introduction of the eastern grey squirrel (Sciurus carolinensis) from North America.[3]

The coat of the red squirrel varies in colour with time of year and location. There are several different coat colour morphs ranging from black to red. Red coats are most common in Great Britain; in other parts of Europe and Asia different coat colours co-exist within populations, much like hair colour in some human populations. The underside of the squirrel is always white-cream in colour. The red squirrel sheds its coat twice a year, switching from a thinner summer coat to a thicker, darker winter coat with noticeably larger ear-tufts (a prominent distinguishing feature of this species) between August and November. A lighter, redder overall coat colour, along with the larger ear-tufts (in adults) and much smaller size, distinguish the Eurasian red squirrel from the American eastern grey squirrel.

The red squirrel, like most tree squirrels, has sharp, curved claws to enable it to climb and descend broad tree trunks, thin branches and even house walls. Its strong hind legs enable it to leap gaps between trees.The red squirrel also has the ability to swim.

Red squirrels do not hibernate and lay down stores of food to see them through periods when fresh food is not available. Where they are found in mixed broadleaf and coniferous woodland they have a source of food all year round, as pine seeds are present over the winter months. However, red squirrels have quite a varied diet which includes seeds, buds, flowers, leaves and fruit. They are known to take insects, fungi and birds’ eggs. Red squirrels build nests, called dreys, from sticks and moss placed high in the branches. They produce two litters of three to four kittens a year, usually in March and July. The drey is often the first evidence of the presence of red squirrels in a wood. Other signs are chewed pine cone ‘cores’ (birds leave ragged remains), split hazel nut shells (dormice make a hole to extract the kernel), cut tree shoots and scattered droppings. Red squirrels can live for up to six years. They are chiefly active during the day and most of this time is spent foraging. Bad weather can seriously hinder this activity and, without food the squirrels can only survive for a few days.