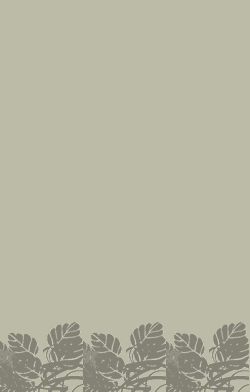 
• Aegolius acadicus has a FLIGHT of 2.

Aegolius acadicus is the smallest owl in eastern North America.

Cool, Warm
Graphic by Derek Tanwww.botany.ubc.ca/derek
Photo by Brendan Lallybrendanlally-photography.daportfolio.com/
The Northern Saw-whet Owl (Aegolius acadicus) is a miniature owl native to North America. Adults are 18 cm long with a 43 cm wingspan. The Northern Saw-whet Owl has a round, light, grey face with brown streaks; they also have a dark beak and yellow eyes. The underparts are pale with dark streaks; the upper parts are […] read more

Adults are 18 cm long with a 43 cm wingspan. The Northern Saw-whet Owl has a round, light, grey face with brown streaks; they also have a dark beak and yellow eyes. The underparts are pale with dark streaks; the upper parts are brown with white spots.

Their breeding habitat is coniferous forests, sometimes mixed or deciduous woods, across North America. They nest in tree cavities, usually created by a woodpecker. They will sometimes use nesting boxes.

Some are permanent residents, while others may migrate south in winter or move down from higher elevations.

These birds wait on a high perch at night and swoop down on prey. They mainly eat small rodents; on the Pacific coast they may also eat crustaceans and aquatic insects. Like many owls, these birds have excellent hearing and exceptional vision in low light.

The Saw-whet Owl was named when a member of the National Audubon Society heard the call of a barn owl, which is said to resemble a saw being sharpened with a whetstone, and mistakenly attributed it to this smaller species. It is fairly common, but not always easy to spot.

Northern saw-whet owls are the smallest owls in eastern North America. At approximately 75 g, males weigh about as much as an American robin. Females weigh slightly more, at about 100g. The body lengths of males and females are 18 to 20 cm and 20 to 21.5 cm respectively. The wingspan of an adult ranges from 45 to 60 cm Northern saw-whets have dark-colored bills, eyes with yellow-pigmented irises, heavily feathered legs and feet, a tail with three bars, and a wide, reddish-brown body with white streaks on the abdomen. Their large, round heads are reddish brown to brown, have a large, grayish facial disk in the center and are streaked with white on the top. The neck is speckled with white. Northern saw-whet owls depend on this plumage for camouflage while roosting and hunting. .

Male and female saw-whet owls are similar in appearance, though females are slightly larger than males. Juveniles are chocolate-brown with a pattern of large white spots above their bills that extend over their eyes.