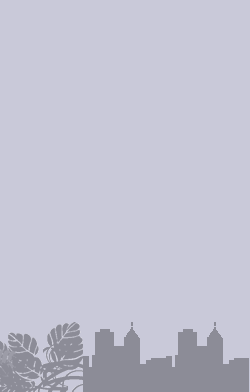 Play: Meles meles has a MOVE of 2.
Fact: Meles meles can become torpid (a kind of temporary hibernation) for two or so days at a time.

cool, warm
Graphic by Ursula Vernonursulavernon.com
The European Badger (Meles meles) is a mammal indigenous to most of Europe (excluding northern Scandinavia, Iceland, Corsica, Sardinia, Sicily and Cyprus) and to parts of Asia. It is a member of the Mustelidae family, and very closely is related to the stoats, otters, weasels, minks and other badgers. Accepted subspecies include Meles meles meles […] read more
Sorry, there is no photo available. If you have one, please submit here.

The European Badger (Meles meles) is a mammal indigenous to most of Europe (excluding northern Scandinavia, Iceland, Corsica, Sardinia, Sicily and Cyprus) and to parts of Asia. It is a member of the Mustelidae family, and very closely is related to the stoats, otters, weasels, minks and other badgers. Accepted subspecies include Meles meles meles (Western Europe), Meles meles marianensis (Spain and Portugal), and Meles meles leptorynchus (Russia).

The general hue of its fur is grey above and black on the under parts with a distinctive black and white striped face and white-tipped ears. European badgers are around 70 cm long with a tail of about 20 cm and weigh 10 kg on average, but weights can vary enormously. Badgers do not hibernate, although in areas with cold winter climates they may become torpid for two or so days at a time[2][3] having put on fat in the autumn to help them get through the winter months. In parts of Russia, badgers have been reported to weigh up to 42 kg (92.5 lb) in the autumn.

Though classified as belonging to the order Carnivora, badgers are effectively omnivorous and insectivorous; most of their diet consists of earthworms, although they also eat insects, spiders, scorpions, small mammals, eggs, young birds, reptiles, berries, roots, bulbs, nuts, and fruit. Badgers also dig up the nests of wasps and bumblebees in order to eat the larvae. Badgers will eat carrion, particularly in locations where there are predators that prey on larger animals, making it possible for the badgers to scavenge kills.

Badgers prefer grazed pasture and woodland, which have high numbers of earthworms exposed, and dislike clay soil, which is difficult to dig even with their powerful claws. In urban areas, some badgers scavenge food from bins and gardens.

Although such a familiar species, few people have actually seen this elusive nocturnal mammal in its natural habitat (2). During the day badgers are inactive, and rest in their setts, complex systems of underground tunnels with nests of dry grass, straw and dead leaves (2), which are passed on from generation to generation (7). In certain conditions they may forage during the day, for example during hot summers when food is in short supply (3). Although they do not hibernate, they do spend a lot of time in the sett during cold spells in winter (3). Badgers are omnivorous; their main source of food is earthworms, of which they may eat several hundred a night (7). They also take other invertebrates, nuts, fruit, small vertebrates, bulbs and cereals (3). They are one of the few species able to kill and eat hedgehogs (Erinaceus europaeus), thanks to their thick skin and long claws (7). Badgers tend to live in social groups consisting of a number of adults and young (5). There is usually a dominant male (boar) and one breeding female (sow) in each group (5), but occasionally more than one female breeds (2). The dominant boar marks the range with dung in certain places called ‘latrines’, and will fiercely defend his range from intruding males (5). Mating tends to occur in the spring, but it can take place throughout the year. Regardless of the time of year of fertilisation of the egg, further development is delayed until December (3). This ‘delayed implantation’ means that there is an opportunity for cubs to grow sufficiently before winter (5). Litters contain between 1 and 5 playful cubs, which become sexually mature at around 2 years of age (5).