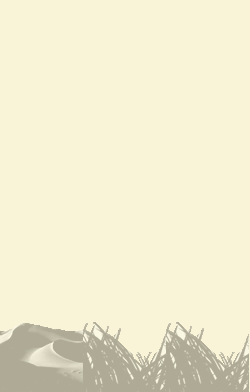 
• Hyaena hyaena has a MOVE of 2, and can feed on creatures of SCALE 7 or less..

“Like many other animals of hot climates, their ears radiate heat.”

Warm, Hot
Graphic by Forbiddingphylogame.org
The Striped Hyena (Hyaena hyaena) is an omnivorous mammal of the family hyaenidae. It lives in Africa, the Middle East, Afghanistan and western India. It is extinct in Europe, but can occasionally be spotted in Anatolia. Striped Hyenas are largely scavengers, but will also eat small animals, fruit and insects. Larger subspecies are known to […] read more
Sorry, there is no photo available. If you have one, please submit here.

The Striped Hyena (Hyaena hyaena) is an omnivorous mammal of the family hyaenidae. It lives in Africa, the Middle East, Afghanistan and western India. It is extinct in Europe, but can occasionally be spotted in Anatolia. Striped Hyenas are largely scavengers, but will also eat small animals, fruit and insects. Larger subspecies are known to hunt animals as large as wild boar. They are nomadic, moving from water hole to water hole, but never straying more than 6 miles (10 km) from one. Striped hyenas hunt in solitude but do congregate in small family groups. Like many other animals of hot climates, their ears radiate heat.

The striped hyena is generally not social, but has some social organization. It forages individually and is rarely seen in groups. It does, however, associate in small family groups at the den. The striped hyena live in the tropical savanna, grasslands, semi-desert, scrub forest, and woodland.

The striped hyena is the second largest hyena species, being intermediate in size to the spotted hyena and the brown hyena.[2] Its skull is not as large as that of the brown hyena, and its dentition less robust, indicating more generalised dietary adaptations.[3] It is a medium sized animal with a downward sloping back and a roundish head with a pointed muzzle and pointed ears. It is generally pale grey or beige in colour with a black patch on the throat. It sports 5–9 distinct vertical stripes on the flanks, with clearer black transverse and horizontal stripes on the legs.[4] A seasonal dimorphism in pelt colour is noticeable; the stripes of the summer coat are much blacker and more well defined than in the winter coat.[3] The mid-dorsal line has a mane which can be held erect, making it appear 38% bigger, which it does when it feels threatened. The mane serves as a signalling device during social interactions. It has a long, bushy tail which is black and white in colour, with long, coarse hair. Four toes with short, blunt, non-retractable claws are present on the feet. Males weigh between 26–41 kilograms (57–90 pounds), while females weigh 26–34 kg (57–75 lb). Excluding the tail, total body length varies between 1.0 and 1.15 m. Shoulder height is between 0.66 and 0.75 m.[4] Striped hyenas have scent glands resembling fairly large, hairless pouches which are located at the opening of the anus.[3]

The striped hyena is a well-studied animal; however, what is understood about the behaviour and ecology of the striped hyena is largely limited to studies undertaken in Kenya, Tanzania and Israel. There are anecdotal reports that elsewhere, such as east of Israel, their ecology could be substantially different (5). The striped hyena is most frequently seen singly or in pairs, although groups of up to seven can occur (3). Social contact is limited by the need to forage alone over very large ranges, which they do so under the cover of night (2) (6). When moving around regularly used paths within their territory, grass stalks are marked with a secretion from the anal pouch (2) (4), leaving a clear sign to any intruders of the owner’s presence (4). If neighbouring hyenas do happen to meet, they fluff out their fur and erect their crest in an attempt to look intimidating and fights may erupt in which they nip at each others thick necks (2). The striped hyena is omnivorous and will feed opportunistically on almost anything it comes across as it roams great distances at night (2) (6). This includes seeds, leaves, fruits, insects, birds, fish, and many species of mammal (7). A competent hunter, a single striped hyena is known to be capable of killing prey up to the size of a donkey, and can even kill and eat tortoises despite their protective shell. It is rarely a fast enough runner to catch quick and alert animals, but can stalk and seize unaware hares, foxes and rodents. Striped hyenas also scavenge, feeding on scraps from garbage dumps in some areas (2). Female striped hyenas give birth to litters of one to four cubs after a gestation of 90 to 91 days (3). They give birth in a rocky den or a burrow, preferably dug by another animal (6). The hyena cubs open their eyes after seven to eight days, their teeth erupt after 21 days, and they begin to eat meat at an age of 30 days (3). The young cubs may suckle for up to a year (3), while they learn important foraging skills from their mother (2).