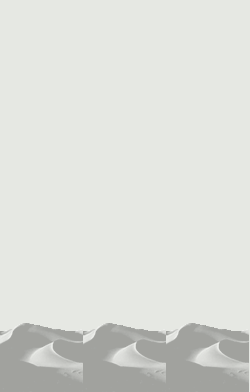 Play: Vulpes zerda has a MOVE of 2.

warm, hot
Graphic by Heather E. Harlowphylogame.org
The Fennec Fox (Vulpes zerda) is a small nocturnal fox found along the northern rim of the Sahara Desert of North Africa and across the Arabian peninsula. Its most distinctive feature is its unusually large ears. The name “Fennec” comes from the Arabic word for fox, and the species name zerda has a Greek origin […] read more
Sorry, there is no photo available. If you have one, please submit here.

The Fennec Fox (Vulpes zerda) is a small nocturnal fox found along the northern rim of the Sahara Desert of North Africa and across the Arabian peninsula. Its most distinctive feature is its unusually large ears. The name “Fennec” comes from the Arabic word for fox, and the species name zerda has a Greek origin that refers to its habitat. The Fennec is the smallest species of canid in the world; its coat, ears and kidney functions have adapted to a high-temperature, low-water, desert environment. In addition, its hearing is sensitive enough to hear prey moving underground.

The Fennec has a life span of up to 12 years in the wild; its main predators include the Caracal and the African varieties of Eagle Owl. Families of Fennecs dig out dens in sand for habitation and protection, which can be as large as 120 m2 (1,292 sq ft) and adjoin the dens of other families. Precise population figures are not known but are estimated from the frequency of sightings; these indicate that the animal is currently not threatened by extinction. Knowledge of social interactions is limited to information gathered from captive animals. The species is usually assigned to the genus Vulpes; however, this is debated due to differences between the Fennec Fox and other fox species. The Fennec’s fur is prized by the indigenous peoples of North Africa, and in some parts of the world, the animal is considered an exotic pet.

The coat is often a cream color and fluffy, which deflects heat during the day and keeps the fox warm at night.[2] The Fennec’s characteristic ears are the largest among all foxes relative to body size,[2] and serve to dissipate heat, as they have many blood vessels close to the skin.[7] The ears of a Fennec are sensitive enough to hear prey that may be underground;[4] the soles of its feet are protected from the hot desert sand by thick fur.[2]

The small fennec fox is perfectly adapted to life in the harsh deserts of Africa, where daytime temperatures are record breaking, and freezing temperatures at night are not uncommon. The soles of the feet are covered by long, soft hairs that protect the feet from extreme temperatures, and help the fox walk on loose sand (2). Their large ears act like radiators and dissipate heat (5), as well as providing excellent hearing with which to detect prey (2). The fennec fox can subsist without water for an indefinite period, and survives by obtaining moisture through their food, and conserving water by remaining in burrows during the hot days and venturing out only at night. The thick, woolly fur helps insulate the fox against the cold, desert nights (2). The fennec fox starts to tremble with cold when temperatures drop below 20 degrees Celsius, but incredibly, they only start to pant when temperatures exceed 35 degrees Celsius. When they do pant, their breathing rate rockets from 23 breaths per minute up to an astonishing 690 breaths per minute (4). Fennec foxes are monogamous, and the pair lives with their offspring in a family unit of up to ten individuals (2). Fennec foxes mate in January and February and females give birth in March and April (5). Usually a litter of two to five cubs are born every year, after a gestation period of around 50 days. The male provides food and defends the burrow (which can be up to ten meters in length) until the cubs are four weeks old. They are weaned at 61 to 70 days and reach adult size and sexual maturity after only 9 to 11 months (2). In captivity, the fennec fox has been known to live for almost 13 years (2). Fennec foxes feed primarily on grasshoppers and locusts, but also eat other insects, rodents, birds, lizards and roots. They hunt alone and locate prey primarily by sound, killing their target with a bite to the neck (2).
(From EOL via ARKive)
– – –
Selected Cards