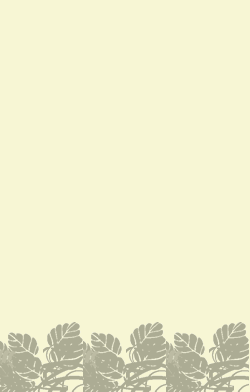 Cool, Warm
Graphic by Yuko Nishigakinishigaki.org/
Photo by Martin R. Mitchellwww.flickr.com/photos/32676160@N07/
Amanita muscaria, commonly known as the fly agaric (pronounced /ˈæɡərɪk/) or fly Amanita (pronounced /ˌæməˈnaɪtə/), is a poisonous and psychoactive basidiomycete fungus, one of many in the genus Amanita. Native throughout the temperate and boreal regions of the Northern Hemisphere, Amanita muscaria has been unintentionally introduced to many countries in the Southern Hemisphere, generally as […] read more

Amanita muscaria, commonly known as the fly agaric (pronounced /ˈæɡərɪk/) or fly Amanita (pronounced /ˌæməˈnaɪtə/), is a poisonous and psychoactive basidiomycete fungus, one of many in the genus Amanita. Native throughout the temperate and boreal regions of the Northern Hemisphere, Amanita muscaria has been unintentionally introduced to many countries in the Southern Hemisphere, generally as a symbiont with pine plantations, and is now a true cosmopolitan species. It associates with various deciduous and coniferous trees. The quintessential toadstool, it is a large white-gilled, white-spotted, usually deep red mushroom, one of the most recognizable and widely encountered in popular culture. Several subspecies, with differing cap colour have been recognised to date, including the brown regalis (considered a separate species), the yellow-orange flavivolata, guessowii, and formosa, and the pinkish persicina. Genetic studies published in 2006 and 2008 show several sharply delineated clades which may represent separate species.

Although generally considered poisonous, deaths are extremely rare, and it has been consumed as a food in parts of Europe, Asia, and North America after parboiling in water. However, Amanita muscaria is now primarily famed for its hallucinogenic properties, with its main psychoactive constituent being the compound muscimol. It was used as an intoxicant and entheogen by the peoples of Siberia and has a religious significance in these cultures. There has been much speculation on traditional use of this mushroom as an intoxicant in places other than Siberia; however, such traditions are far less well-documented. The American banker and amateur ethnomycologist R. Gordon Wasson proposed the fly agaric was in fact the Soma talked about in the ancient Rig Veda texts of India; since its introduction in 1968, this theory has gained both detractors and followers in the anthropological literature.[1]

The fly agaric is an attractive, vibrantly coloured toadstool, which is familiar and instantly recognisable (3). It has a bright red cap, which fades to an orange or orange-yellowish colour with age. The fluffy white spots on the cap often take on a yellowish tinge as they grow old, and may occasionally be washed away by rain (4). The stem has a bulbous base, and tapers towards the cap (3). This fungus is dangerously poisonous and should NEVER be tasted (2). The name fly agaric derives from the fact that since medieval times it was commonly used as a fly killer, broken up in milk or sprinkled with sugar (3). WARNING: Many species of fungus are poisonous or contain chemicals that can cause sickness. Never pick and eat any species of fungus that you cannot positively recognise or are unsure about. Some species are deadly poisonous and can cause death within a few hours if swallowed.