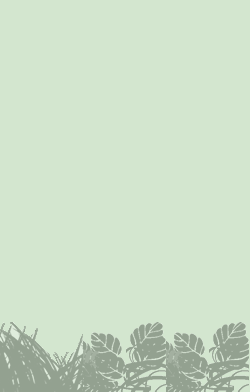 Play: Strigops habroptila has a MOVE of 1.

Fact: Kakapo are critically endangered; as of February 2010, only 123 living individuals are known.

The Kakapo (Māori: kākāpō, meaning night parrot), Strigops habroptila (Gray, 1845)[2], also called owl parrot, is a species of flightless nocturnal parrot endemic to New Zealand.[3] It has finely blotched yellow-green plumage, a distinct facial disc of sensory, vibrissa-like feathers, a large grey beak, short legs, large feet, and wings and a tail of relatively short length. A certain combination of traits makes it unique among its kind—it is the world’s only flightless parrot, the heaviest parrot, nocturnal, herbivorous, visibly sexually dimorphic in body size, has a low basal metabolic rate, no male parental care, and is the only parrot to have a polygynous lek breeding system. It is also possibly one of the world’s longest-living birds.[4] Its anatomy typifies the tendency of bird evolution on oceanic islands with few predators and abundant food: accretion of thermodynamic efficiency at the expense of flight abilities, reduced wing muscles, a diminished keel on the sternum, and a generally robust physique.[4]

Kakapo are critically endangered; as of February 2010, only 123[5] living individuals are known,[6] most of which have been given names.[7] The common ancestor of the Kakapo and the genus Nestor became isolated from the remaining parrot species when New Zealand broke off from Gondwana, around 82 million years ago. Around 70 million years ago, the kakapo diverged from the genus Nestor.[8][9][10] In the absence of mammalian predators, it lost the ability to fly. Because of Polynesian and European colonisation and the introduction of predators such as cats, rats, and stoats, most of the Kakapo were wiped out. Conservation efforts began in the 1890s, but they were not very successful until the implementation of the Kakapo Recovery Plan in the 1980s. As of January 2009, surviving Kakapo are kept on two predator-free islands, Codfish (Whenua Hou) and Anchor islands, where they are closely monitored.[11] Two large Fiordland islands, Resolution and Secretary, have been the subject of large-scale ecological restoration activities to prepare self-sustaining ecosystems with suitable habitat for the Kakapo.

The kakapo is a very large parrot, growing to a length of 64 cm. The feathers on their backs are moss-green, mottled with black chevrons, and dark brown blotches. The top of the tail has similar markings on a green-brown background. The feathers of the throat, breast and under the tail are a soft, mottled, yellow-green color. The scientific name Strigops habroptilus means “owl-like” in reference to the disc of brown, bristle-like feathers around the ivory colored beak, the eyes, and the ears. Females are usually similar to males in coloration, though slightly smaller in stature. Immature birds are duller in coloration. The kakapo is the only flightless parrot in the world and its wings, while present, are small and insignificant. The sternum lacks a keel, as there is no need for a place for flight muscles to attach. The kakapo usually holds its body in a horizontal position with the bristle feathers on its face nearly touching the ground. If alarmed or feels like it must defend itself, it will stand upright. (Bateman et al., 1999; del Hoyo, Elliot, and Sargatal, 1997; Perrins, 1990)