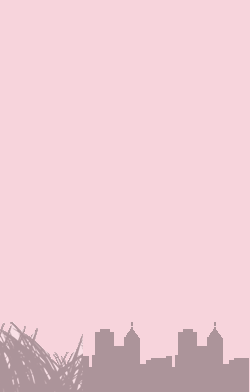 • The red color in red onions comes from anthocyanidins such as cyanidin.

Cold, Cool, Warm, Hot
Graphic by Sarah Stringhettasaraquarelle.deviantart.com/
Photo by Nein Arimasencommons.wikimedia.org/wiki/File:Bawang_Bombay_Merah.jpg
Red onions, sometimes called purple onions, are cultivars of the onion with purplish red skin and white flesh tinged with red. These onions tend to be medium to large in size and have a mild to sweet flavor[citation needed]. They are often consumed raw, grilled or lightly cooked with other foods, or added as color to salads. They tend to […] read more

These onions tend to be medium to large in size and have a mild to sweet flavor[citation needed]. They are often consumed raw, grilled or lightly cooked with other foods, or added as color to salads. They tend to lose their redness when cooked.

Red onions are available throughout the year. The red color comes from anthocyanidins such as cyanidin. Red onions are high in flavonoids.[1]

They can be stored 3 to 4 months at room temperature.[2]

The onion (Allium cepa) (Latin ‘cepa’ = onion), also known as the bulb onion or common onion, is used as a vegetableand is the most widely cultivated species of the genus Allium. This genus also contains several other species variously referred to as onions and cultivated for food, such as the Japanese bunching onion (A. fistulosum), the Egyptian onion(A. ×proliferum), and the Canada onion (A. canadense). The name “wild onion” is applied to a number of Allium species butA. cepa is exclusively known from cultivation and its wild original form is not known. The onion is most frequently a biennial or a perennial plant, but is usually treated as an annual and harvested in its first growing season.

The onion plant has a fan of hollow, bluish-green leaves and the bulb at the base of the plant begins to swell when a certain day-length is reached. In the autumn the foliage dies down and the outer layers of the bulb become dry and brittle. The crop is harvested and dried and the onions are ready for use or storage. The crop is prone to attack by a number of pests and diseases, particularly the onion fly, the onion eelworm and various fungi that cause rotting. Some varieties of A. cepa such asshallots and potato onions produce multiple bulbs.

Onions are cultivated and used around the world. As a foodstuff they are usually served cooked, as a vegetable or part of a prepared savoury dish, but can also be eaten raw or used to make pickles or chutneys. They are pungent when chopped and contain certain chemical substances which irritate the eyes. Onions contain phenolics and flavonoids that have potentialanti-inflammatory, anti-cholesterol, anticancer and antioxidant properties.