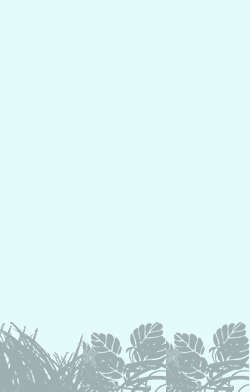 Play: Giraffa camelopardalis has a MOVE of 2

Fact: There are about 9 different giraffe subspecies which are distinguished by their coat patterns.

Hot
Graphic by Ilya Meshkovskiywww.behance.net/IlyaMeshkovskiy
Photo by Luca Galuzzicommons.wikimedia.org/wiki/File:Giraffe_Ithala_KZN_South_Africa_Luca_Galuzzi_2004.JPG
The giraffe (Giraffa camelopardalis) is an African even-toed ungulate mammal, the tallest living terrestrial animal and the largest ruminant. Its species namerefers to its camel-like appearance and the patches of color on its fur. Its chief distinguishing characteristics are its extremely long neck and legs, its horn-likeossicones and its distinctive coat patterns. It stands 5–6 m (16–20 ft) tall and has an average […] read more

The giraffe (Giraffa camelopardalis) is an African even-toed ungulate mammal, the tallest living terrestrial animal and the largest ruminant. Its species namerefers to its camel-like appearance and the patches of color on its fur. Its chief distinguishing characteristics are its extremely long neck and legs, its horn-likeossicones and its distinctive coat patterns. It stands 5–6 m (16–20 ft) tall and has an average weight of 1,600 kg (3,500 lb) for males and 830 kg (1,800 lb) for females. It is classified under the family Giraffidae, along with its closest extant relative, the okapi. The nine subspecies are distinguished by their coat patterns.

The giraffe’s scattered range extends from Chad in the north to South Africa in the south, and from Niger in the west to Somalia in the east. Giraffes usually inhabit savannas, grasslands, and open woodlands. Their primary food source is acacia leaves, which they browse at heights most other herbivores cannot reach. Giraffes are preyed on by lions, and calves are also targeted by leopards, spotted hyenas and wild dogs. Adult giraffes do not have strong social bonds, though they do gather in loose aggregations if they happen to be moving in the same general direction. Males establish social hierarchies through “necking”, which are combat bouts where the neck is used as a weapon. Dominant males gain mating access to females, which bear the sole responsibility for raising the young.

The giraffe has intrigued various cultures, both ancient and modern, for its peculiar appearance, and has often been featured in paintings, books and cartoons. It is classified by the International Union for Conservation of Nature as Least Concern, but has been extirpated from many parts of its former range, and some subspecies are classified as Endangered. Nevertheless, giraffes are still found in numerous national parks and game reserves.

Fully grown giraffes stand 5–6 m (16–20 ft) tall, with males taller than females.[12] The average weight is 1,192 kg (2,630 lb) for an adult male and 828 kg (1,830 lb) for an adult female.[26] Despite its long neck and legs, the giraffe’s body is relatively short.[27]:66 Located at both sides of the head, the giraffe’s large, bulging eyes give it good all-round vision from its great height.[28]:25 Giraffes see in color[28]:26 and their senses of hearing and smell are also sharp.[13]The animal can close its muscular nostrils to protect against sandstorms and ants.[28]:27 The giraffe’s prehensile tongue is about 50 cm (20 in) long. It is purplish-black in color, perhaps to protect against sunburn, and is useful for grasping foliage, as well as for grooming and cleaning the animal’s nose.[28]:27 The upper lip of the giraffe is also prehensile and useful when foraging. The lips, tongue and inside of the mouth are covered in papillae to protect against thorns.[12]

The coat has dark blotches or patches (which can be orange, chestnut, brown or nearly black in color[13]) separated by light hair (usually white or cream in color[13]). Male giraffes become darker as they age.[24] The coat pattern serves as camouflage, allowing it to blend in the light and shade patterns of savanna woodlands.[9][15] The skin underneath the dark areas may serve as windows for thermoregulation, being sites for complex blood vessel systems and large sweat glands.[29] Each individual giraffe has a unique coat pattern.[24] The skin of a giraffe is mostly gray.[26] It is also thick and allows it to run through thorn bush without being punctured.[28]:34 The fur may serve as a chemical defence, as its parasite repellents give the animal a characteristic scent. At least 11 main aromatic chemicals are in the fur, although indole and 3-methylindole are responsible for most of the smell. Because the males have a stronger odor than the females, the odor may also have sexual function.[30] Along the animal’s neck is a mane made of short, erect hairs.[12] The one-meter (3.3-ft) tail ends in a long, dark tuft of hair and is used as a defense against insects.[28]:36

Giraffes usually inhabit savannas, grasslands and open woodlands. They prefer Acacia, Commiphora, Combretum and open Terminalia woodlands over denser environments like Brachystegia woodlands.[8]:322 The Angolan giraffe can be found in desert environments.[53] Giraffes browse on the twigs of trees, preferring trees of genera Acacia, Commiphora and Terminalia,[4] which are important sources of calcium and protein to sustain the giraffe’s growth rate.[9] They also feed on shrubs, grass and fruit.[8]:324 A giraffe eats around 34 kg (75 lb) of foliage daily.[24] When stressed, giraffes may chew the bark off branches. Althoughherbivorous, the giraffe has been known to visit carcasses and lick dried meat off bones.[8]:325

During the wet season, food is abundant and giraffes are more spread out, while during the dry season, they gather around the remaining evergreen trees and bushes.[4] Mothers tend to feed in open areas, presumably to make it easier to detect predators, although this may reduce their feeding efficiency.[43] As aruminant, the giraffe first chews its food, then swallows it for processing and then visibly passes the half-digested cud up the neck and back into the mouth to chew again.[27]:78-79 It is common for a giraffe to salivate while feeding.[28]:27 The giraffe requires less food than many other herbivores, because the foliage it eats has more concentrated nutrients and it has a more efficient digestive system.[4] The animal’s feces come in the form of small pellets.[12] When it has access to water, a giraffe drinks at intervals no longer than three days.[24]

Giraffes have a great effect on the trees that they feed on, delaying the growth of young trees for some years and giving “waistlines” to trees that are too tall.[24] Feeding is at its highest during the first and last hours of daytime. Between these hours, giraffes mostly stand and ruminate. Rumination is the dominant activity during the night, when it is mostly done lying down.[24]