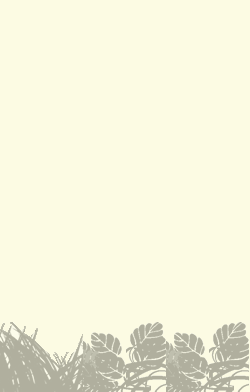 Play: Callipepla californica has a FLIGHT of 2

Warm
Graphic by Culpeo Foxculpeo-fox.daportfolio.com/
Photo by Brocken Inaglorycommons.wikimedia.org/wiki/File:California_Quail_mail_in_Golden_Gate_Park.JPG
The California Quail (Callipepla californica), also known as the California Valley Quail or Valley Quail, is a small ground-dwelling bird in the New World quail family. It is the state bird of California. These birds have a curving crest or plume, made of six feathers, that droops forward: black in males and brown for females; the flanks are brown with white streaks. […] read more

These birds have a curving crest or plume, made of six feathers, that droops forward: black in males and brown for females; the flanks are brown with white streaks. Males have a dark brown cap and a black face with a brown back, a grey-blue chest and a light brown belly. Females and immature birds are mainly grey-brown with a light-colored belly. Their closest relative is Gambel’s Quail which has a more southerly distribution and, a longer crest (2.5 inches), a brighter head and a scalier appearance. The two species separated about 1–2 million years ago, during the Late Pliocene or Early Pleistocene.[2]

The California Quail is a highly sociable bird that often gathers in small flocks known as “coveys”. One of their daily communal activities is a dust bath. A group of quail will select an area where the ground has been newly turned or is soft, and using their underbellies, will burrow downward into the soil some one to two inches.[3] They then wriggle about in the indentations they have created, flapping their wings and ruffling their feathers, causing dust to rise in the air. They seem to prefer sunny places in which to create these dust baths. An ornithologist is able to detect the presence of quail in an area by spotting the circular indentations left behind in the soft dirt, some 7–15 cm (3–6 inches) in diameter.

They are year-round residents. Although this bird coexists well at the edges of urban areas, it is declining in some areas as human populations increase. They were originally found mainly in the southwestern United States but they have been introduced into other areas including British Columbia, Hawaii, Chile, New Zealand, and to Norfolk Island and King Island in Australia. These birds forage on the ground, often scratching at the soil. They can sometimes be seen feeding at the sides of roads. Their diet consists mainly of seeds and leaves, but they also eat some berries and insects; for example, Toyon berries are a common food source.[4] If startled, these birds explode into short rapid flight, called “flushing”. Given a choice, they will normally escape on foot.

Their breeding habitat is shrubby areas and open woodlands in western North America. The nest is a shallow scrape lined with vegetation on the ground beneath a shrub or other cover. The female usually lays approximately twelve eggs. Once hatched, the young associate with both adults. Often, families group together, into multifamily “communal broods” which include at least two females, multiple males and many offspring. Males associated with families are not always the genetic fathers. In good years, females will lay more than one clutch, leaving the hatched young with the associated male and laying a new clutch, often with a different associated male.

They have a variety of vocalizations including the social “chicago” call, contact “pips” and warning “pips.” During the breeding season, males utter the agonistic “squill” and will often interrupt their social mate’s “chicago” call with a “squill,” a possible form of antiphonal calling.