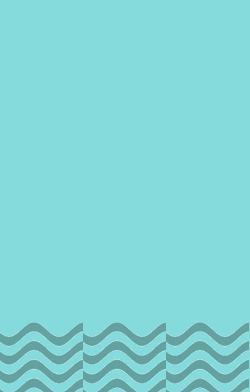 •Hapalochlaena lunulata has a MOVE of 2.

• Hapalochlaena lunulata has brilliant blue rings which darken and glow when it is angry.

The Greater Blue-ringed Octopus (Hapalochlaena lunulata) is one of three (or perhaps four) species of blue-ringed octopuses. Unlike its southern brethren, the Blue-lined and Southern Blue-ringed octopuses that are found only in Australian waters, the range of the Greater Blue-ringed Octopus spans the tropical western Pacific Ocean. The blue-ringed octopuses (genus Hapalochlaena) are three (or perhaps four) octopus species that live in tide pools in the Pacific Ocean, from Japan to Australia (mainly around southern New South Wales and South Australia[1]). They are currently recognized as one of the world’s most venomous marine animals.[2] Despite their small size and relatively docile nature, they can prove a danger to humans. They can be recognized by their characteristic blue and black rings and yellowish skin. When the octopus is agitated, the brown patches darken dramatically, and iridescent blue rings or clumps of rings appear and pulsate within the maculae. Typically 50-60 blue rings cover the dorsal and lateral surfaces of the mantle. They hunt small crabs, hermit crabs, and shrimp, and may bite attackers, including humans, if provoked.

The blue-ringed octopus, despite its small size, carries enough venom to kill 26 adult humans within minutes. Furthermore, their bites are tiny and often painless, with many victims not realizing they have been envenomated until respiratory depression and paralysis start to set in.[8]

A soft body that rapidly changes color and texture characterizes the family Octopodidae. An octopus has no skeleton and therefore is astonishingly compressible; Octopodidae can ooze through an opening no bigger than one of its eyeballs. Its incredible flexibility comes from its musculature, which consists of fibers that run in three directions, permitting it to change shape.

Because of its unusual design, Octopodidae has perfected many different modes of locomotion. Octopodidae can employ the arms for grasping or as locomotive devices, enabling it to crawl along the bottom or, in rare instances, out of the water. Its usual direction of swimming is “backwards” (i.e., away from the tips of the arms), with water being ejected from the funnel at the base of the arms propelling the animals through the water. However, they can also funnel in the opposite direction and swim with their arm tips pointing forwards. While swimming, its preferred attack posture is to parachute gently down with all eight arms outstretched and envelop its prey with its arms. Octopodidae also crawls over reefs, probing with it arms for hidden prey. However, this creature is not aggressive and will tend to hide or flee if disturbed; it has the reputation of only biting if provoked.

Hapalochlaena lunulata is found in shallow coral and rock pools, particularly after storms, digging around for crabs. It tends to hide in crevices amongst rocks, inside seashells, and discarded bottles and cans because of its soft-bodied vulnerability. It is easy to identify the home of Hapalochlaena lunulata or any Octopodidae: The area immediately in front of the opening is littered with the shells and hollowed-out legs of various crustaceans. It occupies a particular nest for a long time and ventures forth only to hunt for food or look for a mate. However, it cannot resist a new nest when one is offered. They, as well as other Octopodidae, are bottom dwellers and are not found in open water. Although Octopodidae may venture onto dry land in pursuit of a crab, if it remains there Octopodidae is doomed: Within half an hour, it will die from suffocation.