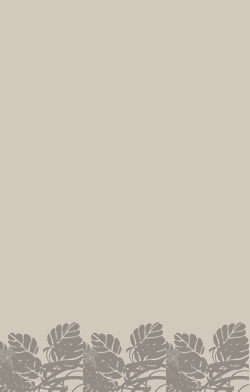 Warm, Hot
Graphic by S B Kennedywingedsonar.deviantart.com
The Jamaican, Common or Mexican fruit bat (Artibeus jamaicensis) is a fruit bat native to Central and South America, as well as the Greater and many of the Lesser Antilles. It is also an uncommon resident of the Southern Bahamas. Its distinctive features include the absence of an external tail and a minimal, U-shaped interfemoral […] read more
Sorry, there is no photo available. If you have one, please submit here.

The Jamaican, Common or Mexican fruit bat (Artibeus jamaicensis) is a fruit bat native to Central and South America, as well as the Greater and many of the Lesser Antilles. It is also an uncommon resident of the Southern Bahamas. Its distinctive features include the absence of an external tail and a minimal, U-shaped interfemoral membrane. The coat is gray-brown and has a mild, soap-like odor, and is slightly paler on the underside. It is known to have a nose that looks somewhat like a third ear, and it also has pointier ears than related bats. It is typically around 9 cm in length.

It lives in rain, deciduous, and scrub forests, and is known to build a form of tent from Araceae and Palmae plants. It also often lives in hollow trees, caves and forest foliage.

The Jamaican fruit bat is nocturnal and frugivorous. Its diet tends to include wild figs, cecropias, guavas, papayas and bananas. At times when these are hard to find, the bat is known to feed on nectar, pollen, leaves and, in rare cases, insects. During the night it often flies anywhere from 10 to 15 kilometers to find a tree to eat from. When it finds a piece of fruit to eat it collects the fruit in its mouth and flies to a dining roost. This is where it eats. It takes a bite of the fruit and presses it against the rough roof of its mouth. This squeezes out the juice of the fruit. It then spits out the flesh of the fruit. When the fruit contains big seeds, they are left uneaten. Small seeds are usually swallowed.

The major significance of this bat arises from the fact that is that it is one of the most efficient mammals in terms of food digestion. It processes its food in about 15 minutes. Because of this, small seeds that were swallowed do not have time to be digested before they are re-released. This helps distribute seeds that otherwise would have a harder time germinating.

From the late 1970s, extensive research into the ecology of the bat species has been carried out on Barro Colorado Island, a nature reserve administered by the Smithsonian Tropical Research Institute (STRI) in Panama. More than 10,000 individuals of this species were caught, marked and measured in the course of the BCI bat project now led by scientist Elisabeth Kalko.

Artibeus jamaicencis is primarily frugivorous but also feeds on nectar, pollen, flower parts, and insects. The fruits eaten by this bat include figs, mangos, avocados, bananas, espave nuts, and the pulp around the seeds of Acromia palms. One study observed that figs were the primary, if not the only, food eaten in all of the study sites. Individuals of this species make frequent flights during the night in search of food. Females in Jalisco, Mexico flew 8 kilometers to forage, approximately thirteen times the distance that females flew on Barro Colorado Island, Panama. Artibeus jamaicencis does not fly in flocks to forage. Instead, each bat arrives at a feeding site, feeds, and departs independently from the others. Food is carried to night feeding roosts and, towards morning, to regular roosts. Fruit seeds from bat droppings accumulate under the roosts.

As food passes through the digestive system of A. jamaicencis in approximately 15 to 20 minutes, it is unlikely that this bat uses microbial fermentation to aid in the breakdown of ingesta.