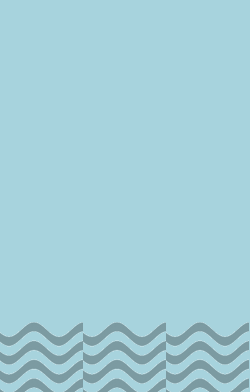 • Haida mythology tells of killer whales living in houses and towns under the sea.

Cold, Cool, Warm
Graphic by Steve Millerwww.torchbearerstudios.com
Photo by U.S. NOAAwww.noaa.gov/
The killer whale (Orcinus orca), commonly referred to as the orca, and less commonly as the blackfish, is a toothed whale belonging to the oceanic dolphin family. Killer whales are found in all oceans, from the frigid Arctic and Antarctic regions to tropical seas. Killer whales as a species have a diverse diet, although individual […] read more

The killer whale (Orcinus orca), commonly referred to as the orca, and less commonly as the blackfish, is a toothed whale belonging to the oceanic dolphin family. Killer whales are found in all oceans, from the frigid Arctic and Antarctic regions to tropical seas. Killer whales as a species have a diverse diet, although individual populations often specialize in particular types of prey. Some feed exclusively on fish, while others hunt marine mammals such as sea lions, seals, walruses and even large whales. Killer whales are regarded as apex predators, lacking natural predators and preying on even large sharks.

Killer whales are highly social; some populations are composed of matrilineal family groups which are the most stable of any animal species.[3] Their sophisticated hunting techniques and vocal behaviors, which are often specific to a particular group and passed across generations, have been described as manifestations of culture.[4]

The IUCN currently assesses the orca’s conservation status as data deficient because of the likelihood that one or more killer whale types are separate species. Some local populations are considered threatened or endangered due to prey depletion, habitat loss, pollution (by PCBs), capture for marine mammal parks, and conflicts with fisheries. In late 2005, the killer whales known as the “southern resident killer whales” were placed on the U.S. Endangered Species list.

Wild killer whales are not considered a threat to humans,[5] although there have been cases of captives killing or injuring their handlers at marine theme parks. Killer whales feature strongly in the mythologies of indigenous cultures.

In Western cultures, killer whales were historically feared as dangerous, savage predators.[131] The first written description of a killer whale was given by Pliny the Elder in circa AD 70, who wrote, “Orcas (the appearance of which no image can express, other than an enormous mass of savage flesh with teeth) are the enemy of [other whales]… they charge and pierce them like warships ramming.”[132]

Day-to-day killer whale behavior generally consists of foraging, travelling, resting and socializing. Killer whales are frequently active at the surface, engaging in acrobatic behaviors such as breaching, spyhopping, and tail-slapping. These activities may have a variety of purposes, such as courtship, communication, dislodging parasites, or play. Spyhopping, a behaviour in which a whale holds its head above water, helps the animal view its surroundings.[94] “Wave-hunting” killer whales spy-hop to locate Weddell seals, Ross seals, crabeater seals and leopard seals resting on ice floes and then swim in groups to create waves that wash over the floe. This washes the seal into the water where another killer whale waits to kill it.