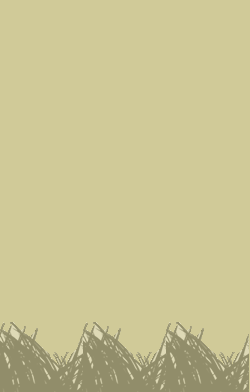 • Varanus komodoensis has a MOVE of 2.

• The Komodo Dragon is the world’s largest lizard species.

Warm, Hot
Graphic by Culpeo-FoxCulpeo-Fox.deviantart.com
The Komodo dragon (Varanus komodoensis) is a large species of lizard found in the Indonesian islands of Komodo, Rinca, Flores, and Gili Motang.[3] A member of the monitor lizard family (Varanidae), it is the largest living species of lizard, growing to an average length of 2 to 3 metres (6.6 to 9.8 ft) and weighing […] read more
Sorry, there is no photo available. If you have one, please submit here.

The Komodo dragon (Varanus komodoensis) is a large species of lizard found in the Indonesian islands of Komodo, Rinca, Flores, and Gili Motang.[3] A member of the monitor lizard family (Varanidae), it is the largest living species of lizard, growing to an average length of 2 to 3 metres (6.6 to 9.8 ft) and weighing around 70 kilograms (150 lb). Their unusual size has been attributed to island gigantism, since there are no other carnivorous animals to fill the niche on the islands where they live.[4][5] However, recent research suggests that the large size of komodo dragons may be better understood as representative of a relic population of very large varanid lizards that once lived across Indonesia and Australia, most of which, along with other megafauna,[6] died out after contact with modern humans. Fossils very similar to V. komodoensis have been found in Australia dating to greater than 3.8 million years ago, and its body size remained stable on Flores, one of the handful of Indonesian islands where it is currently found, ever since Flores (along with neighboring islands) were isolated by rising sea levels approximately 900,000 years ago.[6] As a result of their size, these lizards dominate the ecosystems in which they live.[7] Although Komodo dragons eat mostly carrion, they will also hunt and ambush prey including invertebrates, birds, and mammals. […]

KOMODO DRAGONS ON THE HUNT
The squeamish should note that this video gets a bit graphic around the 2-minute mark.

In the wild, an adult Komodo dragon usually weighs around 70 kilograms (150 lb),[12] although captive specimens often weigh more. The largest verified wild specimen was 3.13 metres (10.3 ft) long and weighed 166 kilograms (370 lb), including undigested food.[10] The Komodo dragon has a tail as long as its body, as well as about 60 frequently replaced serrated teeth that can measure up to 2.5 cm (1 inch) in length. Its saliva is frequently blood-tinged, because its teeth are almost completely covered by gingival tissue that is naturally lacerated during feeding.[13] This creates an ideal culture for the virulent bacteria that live in its mouth.[14] It also has a long, yellow, deeply forked tongue.[10]

Komodo dragons were first documented by Europeans in 1910, when rumors of a “land crocodile” reached Lieutenant van Steyn van Hensbroek of the Dutch colonial administration.[47] Widespread notoriety came after 1912, when Peter Ouwens, the director of the Zoological Museum at Bogor, Java, published a paper on the topic after receiving a photo and a skin from the lieutenant, as well as two other specimens from a collector.[2] Later, the Komodo dragon was the driving factor for an expedition to Komodo Island by W. Douglas Burden in 1926. After returning with 12 preserved specimens and 2 live ones, this expedition provided the inspiration for the 1933 movie King Kong.[48] It was also Burden who coined the common name “Komodo dragon.”[21] Three of his specimens were stuffed and are still on display in the American Museum of Natural History.[49]

The Komodo dragon is a vulnerable species and is found on the IUCN Red List.[52] There are approximately 4,000 to 5,000 living Komodo dragons in the wild. Their populations are restricted to the islands of Gili Motang(100), Gili Dasami (100), Rinca (1,300), Komodo (1,700), and Flores (perhaps 2,000).[50] However, there are concerns that there may presently be only 350 breeding females.[9] To address these concerns, the Komodo National Park was founded in 1980 to protect Komodo dragon populations on islands including Komodo, Rinca, and Padar.[53] Later, the Wae Wuul and Wolo Tado Reserves were opened on Flores to aid with Komodo dragon conservation.[51]

Komodo dragons avoid encounters with humans. Juveniles are very shy and will flee quickly into a hideout if a human comes closer than about 100 metres (330 ft). Older animals will also retreat from humans from a shorter distance away. If cornered, they will react aggressively by gaping their mouth, hissing, and swinging their tail. If they are disturbed further, they may start an attack and bite. Although there are anecdotes of unprovoked Komodo dragons attacking or preying on humans, most of these reports are either not reputable or caused by defensive bites. Only a very few cases are truly the result of unprovoked attacks by abnormal individuals which lost their fear towards humans.[27]