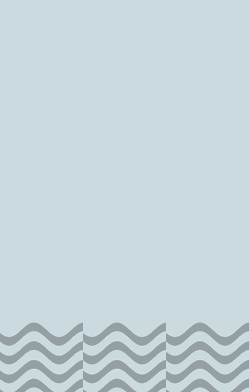 • Balaenoptera musculus has a MOVE of 2, and requires a KRILL species card for diet.

• Balaenoptera musculus is largest animal that lives or has ever lived on planet Earth.

Cold, Cool, Warm
Graphic by Ciaran Duffyhellociaran.com/
The blue whale (Balaenoptera musculus) is a marine mammal belonging to the suborder of baleen whales (called Mysticeti).[3] At perhaps over 33 metres (108 ft) in length and 180 metric tons (200 short tons)[4] or more in weight, it is the largest animal ever known to have existed.[5] Long and slender, the blue whale’s body can be various shades of bluish-grey dorsally and somewhat […] read more
Sorry, there is no photo available. If you have one, please submit here.

The blue whale (Balaenoptera musculus) is a marine mammal belonging to the suborder of baleen whales (called Mysticeti).[3] At perhaps over 33 metres (108 ft) in length and 180 metric tons (200 short tons)[4] or more in weight, it is the largest animal ever known to have existed.[5]

Long and slender, the blue whale’s body can be various shades of bluish-grey dorsally and somewhat lighter underneath.[6] There are at least three distinct subspecies: B. m. musculus of the North Atlantic and North Pacific, B. m. intermedia of the Southern Ocean and B. m. brevicauda (also known as thepygmy blue whale) found in the Indian Ocean and South Pacific Ocean. B. m. indica, found in the Indian Ocean, may be another subspecies. As with other baleen whales, its diet consists almost exclusively of small crustaceans known as krill.[7]

Blue whales were abundant in nearly all the oceans on Earth until the beginning of the twentieth century. For over a century, they were hunted almost to extinction by whalers until protected by the international community in 1966. A 2002 report estimated there were 5,000 to 12,000 blue whales worldwide,[8] located in at least five groups. More recent research into the Pygmy subspecies suggests this may be an underestimate.[9] Before whaling, the largest population was in the Antarctic, numbering approximately 239,000 (range 202,000 to 311,000).[10] There remain only much smaller (around 2,000) concentrations in each of the North-East Pacific, Antarctic, and Indian Ocean groups. There are two more groups in the North Atlantic, and at least two in the Southern Hemisphere.

lue whales are difficult to weigh because of their size. Most blue whales killed by whalers were not weighed whole, but cut up into manageable pieces first. This caused an underestimate of the total weight of the whale, due to the loss of blood and other fluids. Nevertheless, measurements between 150–170 metric tons (170–190 short tons) were recorded of animals up to 27 metres (89 ft) in length. The weight of an individual 30 metres (98 ft) long is believed by the American National Marine Mammal Laboratory (NMML) to be in excess of 180 metric tons (200 short tons). The largest blue whale accurately weighed by NMML scientists to date was a female that weighed 177 metric tons (195 short tons).[8]

The blue whale is the largest animal ever known to have lived.[21] The largest known dinosaur of theMesozoic Era was the Argentinosaurus,[22] which is estimated to have weighed up to 90 metric tons (99 short tons), though a controversial vertebra of Amphicoelias fragillimus may indicate an animal of up to 122 metric tons (134 short tons) and 40–60 metres (130–200 ft).[23] Furthermore, there are weight estimates for the very poorly known Bruhathkayosaurus ranging from 140–220 metric tons (150–240 short tons), besides length estimates up to about 45 metres (148 ft). The extinct fish Leedsichthysmay have approached its size.[24] However, complete fossils are difficult to come by, making size comparisons difficult. All these animals are considered to be smaller than the blue whale.

There is some uncertainty about the biggest blue whale ever found, as most data come from blue whales killed in Antarctic waters during the first half of the twentieth century, and was collected by whalers not well-versed in standard zoological measurement techniques. The longest whales ever recorded were two females measuring 33.6–33.3 metres (110–109 ft) respectively.[25] The longest whale measured by scientists at the NMML was 29.9 metres (98 ft).[8]

A blue whale’s tongue weighs around 2.7 metric tons (3.0 short tons)[26] and, when fully expanded, its mouth is large enough to hold up to 90 metric tons (99 short tons) of food and water.[7] Despite the size of its mouth, the dimensions of its throat are such that a blue whale cannot swallow an object wider than a beach ball.[27] Its heart weighs 600 kilograms (1,300 lb) and is the largest known in any animal.[26] A blue whale’s aorta is about 23 centimetres (9.1 in) in diameter.[28] During the first seven months of its life, a blue whale calf drinks approximately 400 litres (100 U.S. gallons) of milk every day. Blue whale calves gain weight quickly, as much as 90 kilograms (200 lb) every 24 hours. Even at birth, they weigh up to 2,700 kilograms (6,000 lb)—the same as a fully grown hippopotamus.[3]

Blue whales usually occur alone or in groups numbering between two and three individuals, but occasionally large groups of up to 60 individuals may form in areas of high food abundance (7). They feed mainly on shrimp-like krill, which are filtered through the baleen plates (7). Whales tend to feed at less than 100 metres deep, and make dives lasting between 5 and 20 minutes (7). Most blue whales are thought to spend the summer feeding in the colder waters of high latitudes, migrating to warm waters in the winter where females give birth (5); although some may be resident in the same area year round (2). No feeding occurs on the breeding grounds. The two main populations (north and south) remain separated as the seasons are reversed in the two hemispheres. A single calf is produced after a gestation period of 10 to 11 months. The inter-birth period is probably two to three years, although this may have decreased recently in response to the low population densities (7). At birth, a calf measures about 7 m in length (2) and may consume up to 50 gallons of milk a day in its first year of life, leading to a weight gain of 90 kilograms a day (6). Communication seems to occur via a variety of low frequency sounds and clicks (7).