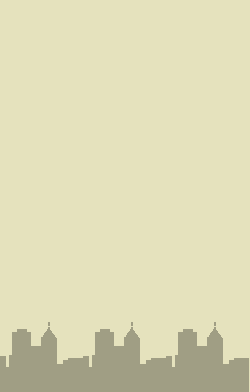 PLAY: can be played immediately for below effect and then discarded.

EFFECT: When used, if a player can remember the latin name for an organism in his/her discard pile, then he/she can retrieve that card.

Graphic by Alexander Roslinen.wikipedia.org/wiki/Carl_Linnaeus
Carl Linnaeus (Swedish original name Carl Nilsson Linnæus, 23 May[note 1] 1707 – 10 January 1778), also known after his ennoblement as Carl von Linné (help·info),[1] was a Swedish botanist, physician, and zoologist, who laid the foundations for the modern scheme of binomial nomenclature. He is known as the father of modern taxonomy, and is […] read more
Sorry, there is no photo available. If you have one, please submit here.

Carl von Linné (help·info),[1] was a Swedish botanist, physician, and zoologist, who laid the foundations for the modern scheme of binomial nomenclature. He is known as the father of modern taxonomy, and is also considered one of the fathers of modern ecology. Many of his writings were in Latin, and his name is rendered in Latin as Carolus Linnæus (after 1761 Carolus a Linné).

Linnaeus was born in the countryside of Småland, in southern Sweden. Linnaeus received most of his higher education at Uppsala University, and began giving lectures in botany there in 1730. He lived abroad between 1735 and 1738, where he studied and also published a first edition of his Systema Naturae in the Netherlands. He then returned to Sweden, where he became professor of botany at Uppsala. In the 1740s, he was sent on several journeys through Sweden to find and classify plants and animals. In the 1750s and 60s, he continued to collect and classify animals, plants, and minerals, and

published several volumes. At the time of his death, he was one of the most acclaimed scientists in Europe.

The Swiss philosopher Jean-Jacques Rousseau sent him the message: “Tell him I know no greater man on earth.”[2] The German writer Johann Wolfgang von Goethe wrote: “With the exception of Shakespeare and Spinoza, I know no one among the no longer living who has influenced me more strongly.”[2] Swedish author August Strindberg wrote: “Linnaeus was in reality a poet who happened to become a naturalist”.[3] Among other compliments, Linnaeus has been called Princeps botanicorum (Prince of Botanists), “The Pliny of the North,” and “The Second Adam“.[4]

In botany, the author abbreviation used to indicate Linnaeus as the authority for species’ names is L.[5] In 1959, Carl Linnaeus was designated as the lectotype for Homo sapiens,[6] which means that following the nomenclatural rules, Homo sapiens was validly defined as the animal species to which Linnaeus belonged.