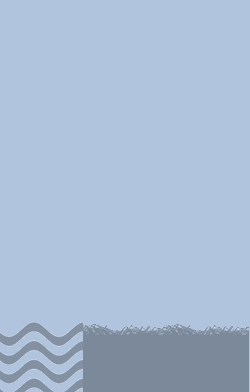 • Fratercula corniculata has a FLIGHT of 2.

• Fratercula corniculata nest in bluffs of fractured rock or crevices in cliff faces near the shoreline.

Cold, Cool
Graphic by latyshoffalatyshoffa.deviantart.com/
The Horned Puffin (Fratercula corniculata) is an auk, similar in appearance to the Atlantic Puffin; this bird’s bill is yellow at the base and red at the tip. It is a pelagic seabird that feeds primarily by diving for fish. It nests in colonies, often with other auks. The yellow bill plate grows before the breeding season and is shed […] read more
Sorry, there is no photo available. If you have one, please submit here.

The Horned Puffin (Fratercula corniculata) is an auk, similar in appearance to the Atlantic Puffin; this bird’s bill is yellow at the base and red at the tip. It is a pelagic seabird that feeds primarily by diving for fish. It nests in colonies, often with other auks.

The yellow bill plate grows before the breeding season and is shed later. They have a small fleshy black “horn” above their eyes. They have a white face with a dark line extending from the back of the eye and red feet.

This species breeds on rocky islands off the coasts of Siberia, Alaska and British Columbia, in burrows, in rocky cavities or among rocks. It winters far out to sea. Feeding areas are usually located fairly far offshore from the nest. There is usually one chick and both parents feed the young.

Horned Puffins will return from hunting with several small fish in their beaks. They also eat squid and crustaceans.

The population of these birds has declined due to the introduction of rats onto some islands used for nesting.

Fratercula corniculata, horned puffins, is widespread in the Pacific and low Arctic. It breeds along the coast of British Columbia, on some islands and peninsulas around Alaska, and along the Bering Sea coast of Russia. It winters off shore, mainly in the North Pacific. The species is commonly found on Russian islands but can also be seen off the coast of Japan and British Columbia, rarely as far south as southern California. Horned puffins tend to stay in their breeding grounds during the winter as long as the grounds are not iced over.

Horned puffins forage off shore close to their breeding colonies, spending most of the year in coastal waters. They show no preference with respect to water temperature or salinity. They winter off-shore, preferring open water areas with large populations of the pelagic fish on which they feed. (Gatson, Lewington, and Jones, 1998; Hoyo, Elliot, and Sargatal, 1996)

The main staple of horned puffins is fish such as juvenile herrings (genus Clupea), capelin (genus Mallotus), and sand lances (genus Ammodytes). Puffins also sometimes prey upon salmon (genus Oncorhynchus) and cod (genus Gadus). They capture fish by surface diving.  During the summer the diet varies. It may include fish, squid (class Cephalopoda), and other invertebrates. Diets of forty-one individuals from Buldir Islands contained, in order of abundance, squid, then fish, then marine worms (Polychaeta). The diet of the horned puffin during winter is not well studied. Puffin chicks are fed mostly raw fish. (“Alaska Seabird Information Series”, 2006; Gatson, Lewington, and Jones, 1998; Golubova and Nazarkin, 2009)

Horned puffins prey on fish, squid, and marine worms, but the overall impact of this predation on prey populations is unknown. They have little impact on other auks because of the isolated nesting grounds this species prefers.(“Alaska Seabird Information Series”, 2006; Freethy, 1987; Gatson, Lewington, and Jones, 1998)

Monitoring these birds is difficult and little is known about their communication. It is clear that horned puffins are not very vocal birds. When it does produce noise it is low pitched and comparative to a groan or growl. In aggressive defense they produce a sound described as “A-gaa-kah-kha-kha” and during head flicking there is a repetative “op-op-op-op.” Visual displays are important in pair formation, courtship, and nest defense. Like all birds, horned puffins perceive their environments through visual, auditory, tactile and chemical stimuli. (Golubova and Nazarkin, 2009; Hatch, 1983a)