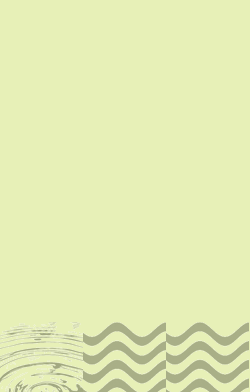 PLAY: on 1 SPECIES card with Ocean or Fresh Water TERRAIN.

Graphic by Alexandria Neonakisalexneonakis.com/
Marine debris, also known as marine litter, is human created waste that has deliberately or accidentally become afloat in a lake, sea, ocean or waterway. Oceanic debris tends to accumulate at the centre of gyresand on coastlines,[1] frequently washing aground, when it is known as beach litter or tidewrack. Deliberate disposal of wastes at sea […] read more
Sorry, there is no photo available. If you have one, please submit here.

Marine debris, also known as marine litter, is human created waste that has deliberately or accidentally become afloat in a lake, sea, ocean or waterway. Oceanic debris tends to accumulate at the centre of gyresand on coastlines,[1] frequently washing aground, when it is known as beach litter or tidewrack. Deliberate disposal of wastes at sea is called ocean dumping.

Some seeming forms of marine debris, such as driftwood, occur naturally, and human activities have been discharging similar material into the oceans for thousands of years. Recently however, with the increasing use of plastic, human influence has become an issue as many types of plastics do not biodegrade. Waterborne plastic poses a serious threat to fish, seabirds, marine reptiles, and marine mammals, as well as to boats and coastal habitations.[2] Ocean dumping, accidental container spillages, litter washed into storm drains, and wind-blown landfill waste are all contributing to this problem.

Researchers classify debris as either land or ocean-based; in 1991, the United Nations Joint Group of Experts on the Scientific Aspects of Marine Pollution estimated that up to 80% of the pollution was land-based.[3] A wide variety of anthropogenic artifacts can become marine debris; plastic bags, balloons, buoys, rope, medical waste, glass bottles and plastic bottles, cigarette lighters, beverage cans, styrofoam, lost fishing line and nets, and various wastes from cruise ships and oil rigs are among the items commonly found to have washed ashore. Six pack rings, in particular, are considered a poster child of the damage that garbage can do to the marine environment.[4]

Studies have shown that eighty percent of marine debris is plastic – a component that has been rapidly accumulating since the end of World War II.[5] Plastics accumulate because they don’t biodegrade as many other substances do; although they will photodegrade on exposure to sunlight, they do so only under dry conditions, as water inhibits photolysis.[6]

It has been estimated that container ships lose over 10,000 containers at sea each year (usually during storms).[12] One famous spillage occurred in the Pacific Ocean in 1992, when thousands ofrubber ducks and other toys went overboard during a storm. The toys have since been found all over the world; Curtis Ebbesmeyer and other scientists have used the incident to gain a better understanding of ocean currents. Similar incidents have happened before, with the same potential to track currents, such as when Hansa Carrier dropped 21 containers (with one notably containing buoyant Nike shoes).[13] In 2007, MSC Napoli was beached in the English Channel, and dropped hundreds of containers, most of which washed up on the Jurassic Coast, a World Heritage Site.[14]

Though it was originally assumed that most oceanic marine waste stemmed directly from ocean dumping, it is now thought that around four fifths[15] of the oceanic debris is from rubbish blown seaward from landfills, and urban runoff washed down storm drains.[2] In the 1987 Syringe Tide, medical waste washed ashore in New Jersey after having been blown from the Fresh Kills Landfill.[16][17] Even on the remote sub-Antarctic island of South Georgia, fishing related debris made up approximately 80% of plastics have been found washed up and are responsible for the entanglement of large numbers of Antarctic fur seals.[18]