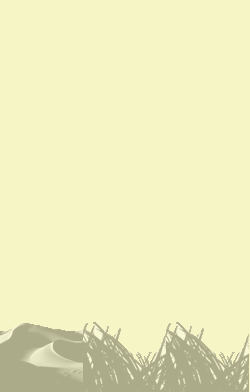 Play: Leo panthera has a MOVE of 2.
Fact: A unique characteristic of both females and males is that the tail ends in a hairy tuft, which often conceals a hard “spine” or “spur”. The function of the tuft and spine are unknown.

warm, hot
Graphic by Ele Willoughbyminouette.etsy.com
Photo by Arno & Louisewww.pbase.com/arnomeintjes
The lion (Panthera leo) is one of the four big cats in the genus Panthera, and a member of the family Felidae. With some males exceeding 250 kg (550 lb) in weight,[4] it is the second-largest living cat after the tiger. Wild lions currently exist in Sub-Saharan Africa and in Asia with a critically endangered remnant population […] read more

The lion (Panthera leo) is one of the four big cats in the genus Panthera, and a member of the family Felidae. With some males exceeding 250 kg (550 lb) in weight,[4] it is the second-largest living cat after the tiger. Wild lions currently exist in Sub-Saharan Africa and in Asia with a critically endangered remnant population in Gir Forest National Park in India, having disappeared from North Africa and Southwest Asia in historic times. Until the late Pleistocene, about 10,000 years ago, the lion was the most widespread large land mammal after humans. They were found in most of Africa, much of Eurasia from western Europe to India, and in the Americas from the Yukon to Peru.

Lions live for ten to fourteen years in the wild, while in captivity they can live longer than twenty years. In the wild, males seldom live longer than ten years, as injuries sustained from continual fighting with rival males greatly reduce their longevity.[5] They typically inhabit savanna and grassland, although they may take to bush and forest. Lions are unusually social compared to other cats. A pride of lions consists of related females and offspring and a small number of adult males. Groups of female lions typically hunt together, preying mostly on large ungulates. Lions are apex and keystone predators, although they scavenge as opportunity allows. While lions do not typically hunt humans selectively, some have been known to seek human prey.

Lions are the only truly social cats, with related females residing together in prides and related or unrelated males forming coalitions that compete for tenure of prides in fierce and often fatal battles (1). Despite maternal defence, infanticide by the victorious males is common following a pride takeover. This seemingly horrific practice means the lionesses are capable of breeding again sooner, and the reproductive potential of the males is maximised in their often relatively short period of pride tenure. Females are able to breed at four years, males at five, and one to six cubs are born after a 3.5 month gestation period. Females are the predominant care-givers to cubs, which are dependent upon adults until about 16 months old. Related females within a pride are often found to reproduce in synchrony and then cross-suckle their cubs (7). Prides usually consist of four to six adults and their young, which break into smaller groups when hunting (1). Lions are predatory carnivores, with females performing most of the hunting, usually at night to avoid detection (4). They feed upon almost any animal, from rodent to rhino, but medium- to large-sized ungulates, such as antelope, zebra and wildebeest, form the bulk of their prey. They will also scavenge, chasing other predators away from their kills (1).