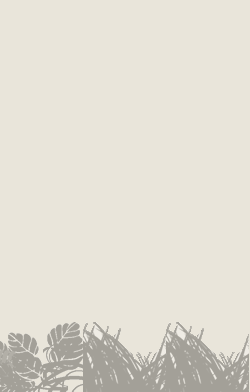 Perameles nasuta digs hole with its paws, but uses its long nose to reach in and gather insects that are hiding or buried.

Cool, Warm
Graphic by Jennifer Rae Kinyakwww.dailymammal.com/
The Long-nosed Bandicoot (Perameles nasuta) is a species of bandicoot found in Australia. It is the largest member of its genus, which also includes the Western Barred Bandicoot, the Eastern Barred Bandicoot and the Desert Bandicoot.[3] The Long-nosed Bandicoot is much less colourful than its relatives, being primarily a brown colour. It is distributed along the eastern coast ofAustralia from Cairns in Queensland to Naringal […] read more
Sorry, there is no photo available. If you have one, please submit here.

The Long-nosed Bandicoot is much less colourful than its relatives, being primarily a brown colour. It is distributed along the eastern coast ofAustralia from Cairns in Queensland to Naringal in southwestern Victoria. It is a nocturnal, solitary predator of invertebrates and tubers.

Perameles nasuta is mainly insectivorous, although it also eats some plant material, and will occasionally eat worms, mice, and lizards. (Nowak, 1991; Strahan, 1995).

Both the muzzle and ears are long and pointed. Fur is grayish brown on the dorsal side, and creamy on the ventral side. The forefeet and the top of the hindfeet are also creamy white. The tail is hairy. Unlike some other bandicoots, there is little or no barring on the rump. The pouch of bandicoots opens towards the rear of the mother. In bandicoots, the second and third toes on the hindfeet are syndactylous (joined), and the fourth toe is the main toe on the foot. The joined second and third toes are used in grooming. (Nowak, 1991; Strahan, 1995)

Perameles nasuta is solitary and mainly nocturnal. During the day, these animals usually stay in their nests, which are shallow holes holes in the ground that are lined with grasses and other plant material. When foraging, Perameles nasuta digs conical holes with its forefeet. It feeds by inserting its snout into these holes and searching for food. At night, the long-nosed bandicoot can be quite active, often traveling at a running pace. (Nowak, 1991; Strahan, 1995)

The gestation period of the long-nosed bandicoot is quite short, about 12.5 days. There can be 1-5 young in a litter, with the usual number being 2 or 3. Bandicoots have a placental structure (but it lacks the villae in the placenta of placental mammals), and the young remain attached to this by umbilical cords for some time after birth, until the young begin suckling on teats in the pouch. Young are weaned at about 60 days, and the mother may have the next litter only a few days after the previous one is weaned. (Nowak, 1991; Strahan, 1995).