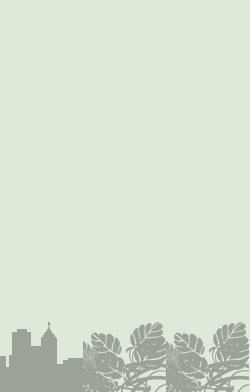 • Helix aspersa is the fastest of all the different species of snails with a top speed of 65 feet an hour.

Cool, Warm
Graphic by inkgal8290inkgal8290.deviantart.com/
Photo by macrophileen.wikipedia.org/wiki/File:Common_snail.jpg
Helix aspersa, known by the common name garden snail, is a species of read more

Helix aspersa, known by the common name garden snail, is a species of how to get ex back

and_snail”>land snail, a pulmonate gastropod that is one of the best-known of all terrestrialmolluscs. It has two recent synonyms: Cornu aspersum and Cantareus aspersus.[3]

Although this species is edible, it is often regarded as a pest in gardens, especially where it has been accidentally introduced.

The adult bears a hard, thin calcareous shell 25–40 mm in diameter and 25–35 mm high, with four or five whorls. The shell is somewhat variable in colour and shade but is generally dark brown or chestnut with yellow stripes, flecks, or streaks.

The body is soft and slimy, brownish-grey, and is retracted entirely into the shell when the animal is inactive or threatened. During dry and cold weather, the aperture of the shell is sealed with a thin membrane of dried mucus which is known as an epiphragm, which helps the snail retain moisture. The resultantquiescent periods are known as aestivation and hibernation respectively. When hibernating, Helix aspersa avoids ice formation by altering the osmoticcomponents of its blood (or haemolymph), and can survive temperatures as low as -5°C.[10] During aestivation, the mantle collar has the unique ability to change its permeability to water.[11] In combination with an osmoregulatory mechanism similar to that seen during hibernation this allows Helix aspersa to survive several months of aestivation.

During times of activity the head and foot emerge. The head bears four tentacles, the upper two of which have eye-like light sensors, and the lower two of which are smaller, tactile and olfactory sensory structures. The tentacles can be retracted into the head. The mouth is located beneath the tentacles, and contains a chitinous radula which the snail uses to scrape and manipulate food particles.

The snail’s muscular foot contracts to move the animal, and secretes mucus to facilitate locomotion by reducing friction against the substrate.[7] It moves at a top speed of 1.3 centimetres per second[12] (47 meters per hour or ~50 yards per hour),[13] and has a strong homing instinct, readily returning to a regularhibernation site.[14]

This snail is mainly nocturnal but will emerge after rain during the day. They feed on a range of plant matter, and can be serious pests of gardens (4). This snail has a strong homing instinct, and spends the day, often in large groups, beneath stones and other structures. They hibernate through the winter in similar locations (5). Garden snails are hermaphrodites, meaning that one individual possesses both male and female reproductive organs; although they are able to self-fertilise, most snails mate with another snail (4). Reproduction takes place in early summer, and begins with pairing and courtship. After a period in which the members of the pair caress each other with their tentacles, each snail pierces the skin of its partner with a calcareous ‘love dart’, a spiny projection which is covered in mucus. The function of this love dart is unclear, but it is thought that the mucus may act to improve the survival of sperm. Mating then takes place; each snail inserts its penis into its partner at the same time (6). The snails separate, and the sperm is stored internally until the eggs are ripe. After the eggs have been fertilised, the snails dig pits in the soil in which to lay the eggs (5). Hatchlings have translucent, delicate shells (4). The garden snail is edible, and snail farming is currently a booming cottage industry in Britain. This species has also been used for centuries in traditional medicine, for example, broth made from the mucus was used to treat sore throats (7).