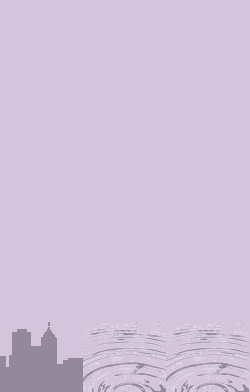 
• Anas platyrhynchos has a FLIGHT of 2.

• Anas platyrhynchos must be placed adjacent to at least one FRESH-WATER containing card.

Cool, Warm
Graphic by Jennifer Millerfeatherdust.critter.net/art.html
Photo by Alan D. Wilsonwww.naturespicsonline.com/
The Mallard, or Wild duck (Anas platyrhynchos[1]), probably the best-known and most recognizable of all ducks, is a dabbling duck which breeds throughout the temperate and sub-tropical America, Europe, Asia, New Zealand (where it is currently the most common duck species), and Australia. The male birds have a bright green head, while the female’s is light brown. The mallard lives in wetlands, eats water […] read more

The Mallard, or Wild duck (Anas platyrhynchos[1]), probably the best-known and most recognizable of all ducks, is a dabbling duck which breeds throughout the temperate and sub-tropical America, Europe, Asia, New Zealand (where it is currently the most common duck species), and Australia.

The male birds have a bright green head, while the female’s is light brown. The mallard lives in wetlands, eats water plants, and is gregarious. It is also migratory. The mallard is the ancestor of all domestic ducks, and can interbreed with other species of genus Anas.[2]This interbreeding is causing rarer species of ducks to become genetically diluted.

The mallard is 56–65 cm long, has a wingspan of 81–98 cm, and weighs 0.9–1.2 kg. The breeding male is unmistakable, with a bright green head, black rear end and a yellowish orange (can also contain some red) bill tipped with black (as opposed to the dark brown bill in females). The female mallard is light brown, like most female dabbling ducks. However, both the female and male mallards have distinct purple speculum edged with white, prominent in flight or at rest (though temporarily shedded during the annual summer moult). In non-breeding (eclipse) plumage the drake becomes drab, looking more like the female, but still distinguishable by its yellow bill and reddish breast.

In captivity, domestic ducks come in wild-type plumages, white, and other colours. Most of these colour variants are also known in domestic mallards not bred as livestock, but kept as pets,aviary birds, etc., where they are rare but increasing in availability.

A noisy species, the male has a nasal call, the female has a “quack” stereotypically associated with ducks.[3]

The mallard inhabits most wetlands, including parks, small ponds and rivers, and usually feeds by dabbling for plant food or grazing; there are reports of it eating frogs. It usually nests on a river bank, but not always near water. It is highly gregarious outside of the breeding season and will form large flocks, which are known as a sord.[4]
It is strongly migratory in the northern parts of its breeding range, and winters farther south. For example, in North America it winters south to Mexico, but also regularly strays into Central America and the Caribbean between September and May.[5]
(From Wikipedia, September 13th, 2010)
—
The mallard is undoubtably the most recognized waterfowl in the world. The familiar duck morphology is complemented with a iridesent blue speculum on the wings in both sexes. On the male, the notable characteristics are the green iridesent plumage on the head and neck, and curled black feathers on the tail. The female’s plumage is drab brown.
Mallards consume a wide variety of foods, including vegetation, insects, worms, gastropods and arthropods, although they are not restricted to these. They also take advantage of human food sources, such as gleaning grain from crops.
Most mallard hens breed as yearlings, but they may not have much success; studies show that older hens have much lower duckling mortality than yearlings. Pair bonding starts as early as October and continues through March. Mallard males leave the hen soon after mating occurs. The hen usually lays 9 -13 eggs in a nest on the ground near a body of water. When the ducklings hatch after 26-28 days, the hen leads them to water and does not return to the nest.
(From EOL via ARKive, September 13th, 2010)
—
Selected Cards