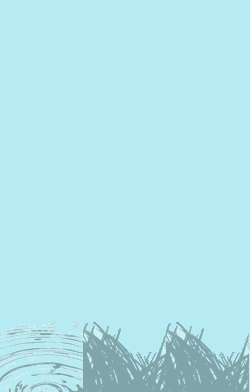 Play: Cygnus olor has a FLIGHT of 2 and must be placed adjacent to at least one WATER-BASED TERRAIN containing card.

Fact: The mute swan is one of the heaviest flying birds.

cool, warm
Graphic by lightbirdlightbird.deviantart.com/
Photo by Sancheznen.wikipedia.org/wiki/File:CygneVaires.jpg
The Mute Swan (Cygnus olor) is a species of swan, and thus a member of the duck, goose and swan family Anatidae. It is native to much of Europe and Asia, and (as a rare winter visitor) the far north of Africa. It is also an introduced species in North America, Australasia and southern Africa. […] read more

The Mute Swan (Cygnus olor) is a species of swan, and thus a member of the duck, goose and swan family Anatidae. It is native to much of Europe and Asia, and (as a rare winter visitor) the far north of Africa. It is also an introduced species in North America, Australasia and southern Africa. The name ‘mute’ derives from it being less vocal than other swan species.[1][2][3] Measuring 125 to 170 centimetres in length, this large swan is wholly white in plumage with an orange bill bordered with black. It is recognisable by its pronounced knob atop the bill.

The Mute Swan is one of the heaviest flying birds, with males (known as cobs) averaging about 12 kilograms (26 lb) and the slightly smaller females (known as pens) weighing about 9 kilograms (20 lb). An unusually big Polish cob weighed almost 23 kilograms (51 lb), surpassing the longer-bodied Trumpeter Swan to make it the heaviest waterfowl ever recorded. Its size, orange-reddish bill and white plumage make this swan almost unmistakable at close quarters. The most similar species is the Whooper Swan, but it has a yellow and black bill, lacks the curved neck, is longer and heavier, and lacks the characteristic projection above the bill.

Young birds, called cygnets, are not the bright white of mature adults, and their bill is dull greyish-black, not orange, for the first year. The down may range from pure white to grey to buff, with grey/buff the most common. The white cygnets have a leucistic gene. All Mute Swans are white at maturity, though the feathers (particularly on the head and neck) are often stained orange-brown by iron and tannins in the water.

The morph immutabilis (“Polish Swan”) has pinkish (not dark grey) legs and dull white cygnets; as with white domestic geese, it is only found in populations with a history of domestication.[11]

The mute swan feeds chiefly on submerged aquatic vegetation, which is obtained by upending (tipping head first into the water, so that the tail remains visible above the surface) (4). It also feeds in fields on young cereal crops (8), spilt grain (4), and on artificial food sources, such as bread given by the public (3). Territorial disputes may result in aggressive fights between males, in which they rush at one another and slide along the surface of the water (2). Pairs typically nest solitarily, although semi-domesticated birds may nest in large colonies (6) (notably at Abbotsbury in Dorset) (8). The cone-shaped nest is built at the edge of the water, and may be used in subsequent years by the same pair (4). After mid-April, between 5 and 7 (up to 12) whitish or pale blue eggs are laid. They are incubated, mainly by the female, for 35-42 days; the young, known as ‘cygnets’, leave the nest soon after hatching (4). Both parents take care of the cygnets for an extended period, often until the next breeding season (4).