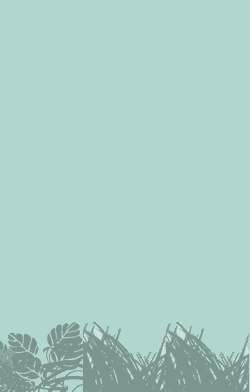 6 POINTS
• Panthera tigris has a MOVE of 2.
• The white tiger is not a separate subspecies of tiger. Its white fur is the result of a genetic colour morph.
Cool, Warm, Hot
Graphic by Dafne-1337artwww.dafneart.com/
Photo by Anderson Manciniwww.flickr.com/photos/ektogamat/
White tigers are a color morph of any subspecies of tiger whose fur is white or almost white with black to light ash-grey stripes, though it is not a separate subspecies itself. To date, the only known white tigers have been from the Bengal tiger subspecies.[1] Compared to normal coloured tigers without the white gene, white tigers […] read more

White tigers are a color morph of any subspecies of tiger whose fur is white or almost white with black to light ash-grey stripes, though it is not a separate subspecies itself. To date, the only known white tigers have been from the Bengal tiger subspecies.[1]

Compared to normal coloured tigers without the white gene, white tigers tend to be larger, both at birth and as fully grown adults.[2] Kailash Sankhala, the director of the New Delhi Zoo in the 1960s, said “one of the functions of the white gene may have been to keep a size gene in the population, in case it’s ever needed.”[3]

Currently, several hundred white tigers are in captivity worldwide, with about one hundred being found in India. Nevertheless, their population is on the increase. The modern white tiger population includes both pure Bengals and hybrid Bengal–Siberians, however, it is unclear whether the recessive white gene came only from Bengals, or if it also originated from Siberian ancestors.

The unusual coloration of white tigers has made them popular in zoos and entertainment showcasing exotic animals. German-American magicians Siegfried & Roy became famous for breeding and training two white tigers for their performances, referring to them as “royal white tigers”, the white tiger’s association with the Maharaja of Rewa.

Rewa Maharaja Martand Singh first observed male white tiger Mohan during his visit to Govindgarh jungle at Rewa, Madhya Pradesh, India. After hunting for months, he was able to capture the first living white tiger seen in nature. With help from official veterinary experts, he unsuccessfully tried to breed the white tiger with colored female tigers. Eventually, however, he succeeded in creating a second generation of white tigers. In time, it expanded around the world.

Tigers were once known throughout central and southern Asia and as far west as eastern Turkey but currently survive only in scattered populations from India to Southeast Asia, and in Sumatra, China and the Russian Far East (3).

Tigers can live up to 26 years in captivity, but in the wild 8-10 years is more usual.

Tigers appear to reach sexual maturity at about 3-6 years of age and can breed at any time of the year. Gestation: around 103 days.Litter size: up to 7 cubs, 2 or 3 is usual.Birth to maturity:Cubs are born blind and do not open their eyes until about 6-14 days after birth. For the first 8 weeks the cubs consume only their mother’s milk. When cubs are 2 months old they start following their mother, begin eating solids and leave the den for the first time. They continue to be suckled until they are 3-6 months old and they are totally dependent on their mother until they learn to kill at about 6 months old. By the time they are 18 months to 3 years old they can hunt for themselves, and become fully independent.

South China tigers, like all other tiger subspecies, are pure carnivores.Their most common prey is: deer, antelope, wild boar, wild pigs, and other hooved mammals. Tigers have also been known to attack livestock and even humans.