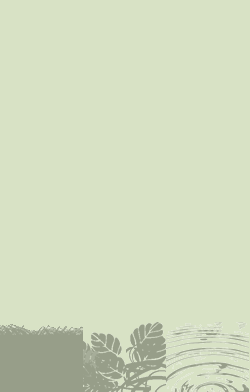 cold, cool
Graphic by Catherine Fielderl-h4x3d.deviantart.com/
Photo by USDA Forest Serviceen.wikipedia.org/wiki/File:Moose_superior.jpg
The moose (North America) or European elk (Europe) (Alces alces) is the largest extant species in the deer family. Moose are distinguished by the palmate antlers of the males; other members of the family have antlers with a “twig-like” configuration. Moose typically inhabit boreal and mixed deciduous forests of the Northern Hemisphere in temperate to […] read more

The moose (North America) or European elk (Europe) (Alces alces) is the largest extant species in the deer family. Moose are distinguished by the palmate antlers of the males; other members of the family have antlers with a “twig-like” configuration. Moose typically inhabit boreal and mixed deciduous forests of the Northern Hemisphere in temperate to subarctic climates.

All moose are herbivores and are capable of consuming many types of plant or fruit. The average adult moose needs to consume 9770 calories per day to maintain its body weight.[23] Much of a moose’s energy is derived from terrestrial vegetation, mainly consisting of forbs and other non-grasses, and fresh shoots from trees such as willow and birch. These plants are rather low in sodium, and moose generally need to consume a good quantity of aquatic plants. While much lower in energy, these plants provide the moose with its sodium requirements, and as much as half of their diet usually consists of aquatic plantlife.[24] In winter, moose are often drawn to roadways, to lick salt that is used as a snow and ice melter.[25] A typical moose, weighing 360 kilograms, can eat up to 32 kg of food per day.[26]

Moose lack upper front teeth, but have eight sharp incisors on the lower jaw. They also have a tough tongue, lips and gums, which aid in the eating of woody vegetation. Moose have six pairs of molars and, ahead of those, six pairs of premolars, to grind up their food. A moose’s diet often depends on its location, but they seem to prefer the new growths from trees such as white birch, trembling aspen and striped maple, among many others. Many aquatic plants include lilies and pondweed.[27] Moose are excellent swimmers and are known to wade into water to eat aquatic plants and in non polar regions this trait serves a second purpose in cooling down the moose on summer days and ridding itself of black flies. Moose are thus attracted to marshes and river banks during warmer months as both provide suitable vegetation to eat and water to wet themselves in.

Moose are large and heavy, with massive heads and long noses. They have short tails, a hump on the shoulders, and large ears they can rotate. Adult males have a long, floppy dewlap – its purpose unknown – that hangs below the throat, and they grow enormous antlers each summer and shed them each winter. Moose can move through deep snow with their long legs, insulated from the cold by a thick coat of hollow hairs. They have good senses of smell and hearing, but are not noted for their eyesight. They eat up to 20 kg of plants each day, and may migrate seasonally looking for freshly growing plants. The total North American population is about 800,000-1.2 million animals. Hunters take about 90,000 Moose annually. Their only other predators are bears and wolves