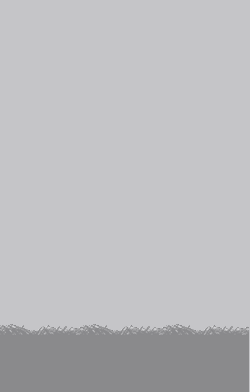 
Lagopus muta has a FLIGHT of 2.

The Rock Ptarmigan is known as Snow Chicken, and is the official bird for the territory of Nunavut, Canada.

Cool, Warm
Graphic by Suzanne Gysemanfloralfaerie.deviantart.com/
Photo by Jan Frode Haugsethen.wikipedia.org/wiki/File:Rock_Ptarmigan_%28Lagopus_Muta%29.jpg
The Rock Ptarmigan (Lagopus muta) is a medium-sized (31–35 cm or 12–14 in.) gamebird in the grouse family. It is known simply as Ptarmigan in Europe and colloquially as  Snow Chicken or Partridge in North America, where it is the official bird for the territory of Nunavut, Canada,[2] and the official game bird for the province of Newfoundland and Labrador, Canada.[3] A sedentary species, the Rock Ptarmigan […] read more

The Rock Ptarmigan (Lagopus muta) is a medium-sized (31–35 cm or 12–14 in.) gamebird in the grouse family. It is known simply as Ptarmigan in Europe and colloquially as  Snow Chicken or Partridge in North America, where it is the official bird for the territory of Nunavut, Canada,[2] and the official game bird for the province of Newfoundland and Labrador, Canada.[3]

A sedentary species, the Rock Ptarmigan breeds across arctic and subarctic Eurasia and North America (including Greenland) on rockymountainsides and tundra. It is widespread in the Arctic Cordillera and is found in isolated populations in the mountains of Scotland, thePyrenees, the Alps, Bulgaria, the Urals, the Pamir Mountains, the Altay Mountains and Japan. During the last ice age, the species was far more widespread in continental Europe.[4]

The Rock Ptarmigan is seasonally camouflaged; its feathers moult from white in winter to brown in spring or summer. The breeding male has greyish upper parts with white wings and underparts. In winter, its plumage becomes completely white except for the black tail. It can be distinguished from the winter Willow Grouse (Willow Ptarmigan in North America) by habitat — the Rock Ptarmigan prefers higher elevations and more barren habitat; it is also smaller with a more delicate bill.

The male’s “song” is a loud croaking. Because of the remote habitat in which it lives, it has only a few predators—such as Golden Eagles-and can be surprisingly tame and approachable.

The Rock Ptarmigan feeds primarily on birch and willow buds and catkins when available. It will also take various seeds, leaves, flowersand berries of other plant species. Insects are taken by the developing young.

Females nest on the ground in shallow depressions, lining the nest with small amounts of feathers and plant material. Nesting habitat is most often a bare rocky outcrop with little vegetation. Because some overhead protection is usually sought, the nest is often located close to a large rock.

The female incubates 7 to 10 eggs without help from the male. Incubation typically lasts 21 days, and the downy chicks are able to leave the nest within a day of hatching. The female tends her young, but they feed themselves, and are able to fly at about 10 days. Chicks are independent at 10 to 12 weeks old.

The rock ptarmigan may migrate short distances, leaving highland nesting ground behind in winter and flying southward in flocks toward lowland wintering grounds, but it does not leave the tundra. Sexes separate during winter, forming single sex groups.

Flocks disassemble in early spring. At that time males choose and vigorously defend large territories. High speed aerial chases with much vocalization are common when territory is threatened. The territory display includes elaborate song flights. These begin with the male leaping into the air and flapping. He then flies vertically until he reaches stalling speed, at which point he spreads his tail and parachutes to the ground, making a gutteral, staccato call.

Courtship displays involve the male circling the female while dragging one wing on the ground, fanning the tail, and raising the red eye combs.

Winter habitat is usually brushy slopes near the timberline, where vegetation pokes through snow. Males tend to remain in alpine-like habitats, while females seek more cover.

Spring and summer habitat is more open, with males choosing territory sparsely covered in stunted brush and with many rocky outlooks from which to keep watch for other ptarmigans.

Chicks tend to prefer swales and ridges without dense brush, where they can fly behind rises to escape danger.