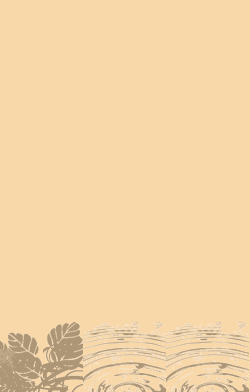 Cold, Cool
Graphic by Ilya Meshkovskiywww.behance.net/IlyaMeshkovskiy
Photo by USDA Forest Serviceen.wikipedia.org/wiki/File:Moose_superior.jpg
The moose (North America) or Eurasian elk (Europe) (Alces alces) is the largest extant speciesin the deer family. Moose are distinguished by the palmate antlers of the males; other members of the family have antlers with a dendritic (“twig-like”) configuration. Moose typically inhabitboreal and mixed deciduous forests of the Northern Hemisphere in temperate to subarcticclimates. Moose used to have a much wider range but hunting […] read more

The moose (North America) or Eurasian elk (Europe) (Alces alces) is the largest extant speciesin the deer family. Moose are distinguished by the palmate antlers of the males; other members of the family have antlers with a dendritic (“twig-like”) configuration. Moose typically inhabitboreal and mixed deciduous forests of the Northern Hemisphere in temperate to subarcticclimates. Moose used to have a much wider range but hunting and other human activities greatly reduced it over the years. Moose have been reintroduced to some of their former habitats. Currently, most moose are found in Canada, Alaska, Scandinavia and Russia. Their diet consists of both terrestrial and aquatic vegetation. The most common moose predators arewolves, bears, and humans. Unlike most other deer species, moose are solitary animals and do not form herds. Although generally slow-moving and sedentary, moose can become aggressive and move surprisingly quickly if angered or startled. Their mating season in the autumn can lead to spectacular fights between males competing for the right to mate with a particular female.

In North America, the moose range includes almost all of Canada (excluding the arctic), most of Alaska, northern New England and upstate New York, the upper Rocky Mountains, northern Minnesota,Michigan‘s Upper Peninsula, and Isle Royale in Lake Superior. Within this massive range, the most diverse range of subspecies exist, containing habitat for four of the six subspecies. In western portions of the continent, moose populations extend well north into Canada (British Columbia and Alberta) and more isolated groups have been verified as far south as the mountains of Utah and Colorado and as far west as the Lake Wenatchee area of the Washington Cascades.[7][8] The range includes Wyoming,Montana, Idaho, and smaller areas of Washingtonand Oregon.[9] In 1978, a few breeding pairs were reintroduced in western Colorado, and the state’s moose population is now more than 1,000 with great potential to grow.

In the 1940s, an effort was made to introduce moose to the Oregon Coast Range, but this effort failed due to the hunting activities of the local Native American population.[citation needed]

In Northeastern North America, the Eastern moose’s history is very well documented: moose meat was often a staple in the diet of Native Americans going back centuries and it is a tribe that occupied present day coastal Rhode Island that gave this deer its distinctive name inAmerican English. The Native Americans often used moose hides for leather and its meat as an ingredient in pemmican, a type of dried jerky used as a source of sustenance in winter or on long journeys from home.[10] Eastern tribes also valued moose leather as a source to make moccasins and other decorations.

The historical range of the subspecies extended from well into Quebec, the Maritimes, and Eastern Ontario south to include all of New England finally ending in the very northeastern tip ofPennsylvania in the west, cutting off somewhere near the mouth of the Hudson River in the east. The moose has been extinct in much of the eastern U.S. for as long as 150 years, due to colonial era overhunting and destruction of its habitat: Dutch, French, and British colonial sources all attest to its presence in the mid 17th century from Maine south to areas within a hundred miles of present day Manhattan. However, by the 1870s, only a handful of moose existed in this entire region in very remote pockets of forest; less than 20% of suitable habitat remained.[citation needed]

Since the 1980s, however, moose populations have rebounded, thanks to regrowth of plentiful food sources,[clarification needed] abandonment of farmland, better land management, cleanup of pollution, and natural dispersal from the Canadian Maritimes and Quebec. South of the Canadian border Maine has most of the population with a 2012 headcount of about 76,000 moose.[11] Dispersals from Maine over the years have resulted in healthy, growing populations each in Vermont and New Hampshire, notably near bodies of water and as high up as 3,000 feet above sea level in the mountains. In turn dispersals from northern New England have resulted in a growing population of roughly 1,000 moose in Massachusetts (where it has been absent since the early 18th century) plus reports of new dispersals to eastern New York andConnecticut.[12][13][14][15][16][17][18]

Moose were successfully introduced on Newfoundland in 1878 and 1904[19] where they are now the dominant ungulate, and somewhat less successfully on Anticosti Island in the Gulf of St. Lawrence.